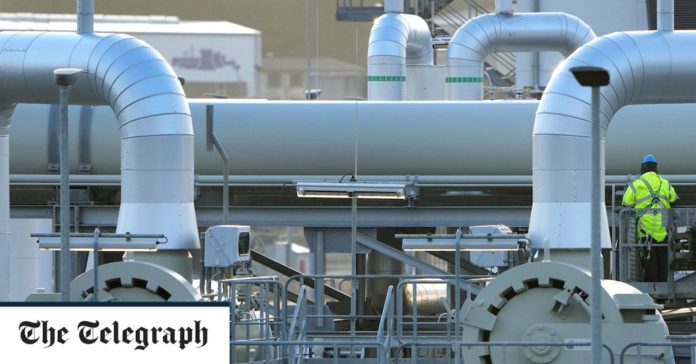 The opinion on thermostats is part of a 10-point plan to reduce the European Union’s dependence on Russian natural gas presented by the IEA on Thursday.

In a major step, the recommendations include no new gas supply contracts with Russia.

It also calls for faster replacement of gas boilers in homes with heat pumps, faster deployment of wind and solar projects and better energy efficiency.

“Many European citizens have already responded to Russia’s invasion of Ukraine in various ways, through donations or, in some cases, directly helping Ukrainian refugees,” the IEA said.

“Adjusting the heating controls in gas-heated buildings in Europe would be another possibility for temporary action, saving considerable amounts of energy. The average temperature for heating buildings in the EU is currently above 22°C.

“Adjusting the thermostat for building heating would provide immediate annual energy savings of about 10 billion cubic meters for each degree of reduction while lowering energy bills.”

The IEA was created to improve market resilience following the 1973 oil crisis. Its members are OECD countries, including the UK, US and France.

Neither Russia nor Ukraine are members and China is an “association country”.

The UK receives little gas directly from Russia but is connected to European markets.

The IEA plan does not specify whether it would support sanctions on Russian energy exports.

The oil industry is already beginning to “self-sanction” with many traders shunning Russian oil.

“Next week, the Commission will propose a way for Europe to become independent of Russian gas as soon as possible,” she said.

“The IEA’s analysis outlines a number of concrete steps we can take to achieve this goal. It is a very timely and valuable contribution to our work.”