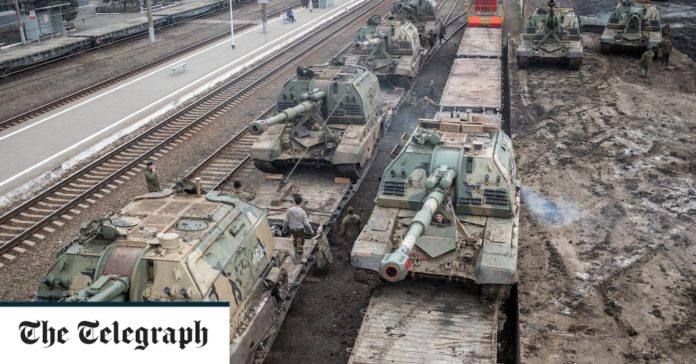 The UK will prevent Russia from selling its sovereign debt to London in a bid to block Vladimir Putin’s government from accessing Western markets, the foreign secretary has said.

Liz Truss said “nothing is ruled out” and pledged to further restrict Russia’s access to financial markets in the event of a full-scale invasion of Ukraine, as the UK follows suit. example of the United States by targeting its sales of sovereign debt.

She told Sky News: “We will go further [and] we have been very clear that we will limit Russia’s access to UK markets.

“We are going to stop the Russian government from increasing UK sovereign debt.”

The initial sanctions package announced yesterday, targeting five Russian banks and three oligarchs close to Mr Putin, has been criticized by MPs for not being tough enough on Moscow. Former Tory leader Sir Iain Duncan Smith said sanctions on Russia “must go deeper and tougher”, adding “we need to hear them ‘scream'”.

The government will need additional legislation to hit sales of Russian debt in London, while clearing transactions would also be affected. The government said yesterday it would introduce legislation to limit debt sales if Russia did not defuse, but Ms Truss said she would now enforce the measures.

Ms Truss warned that it is “highly likely” that Mr Putin will go ahead with a full-scale invasion.