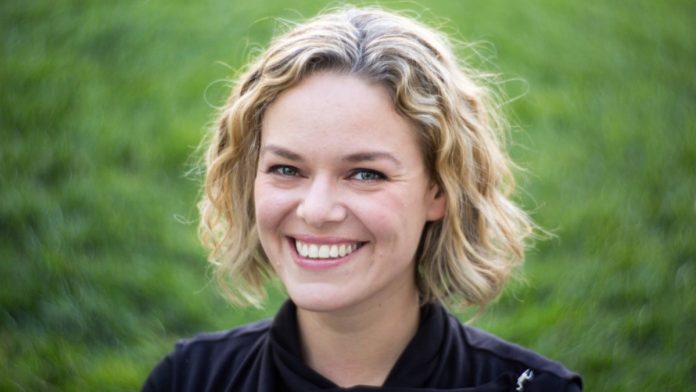 One of the most powerful women on the internet resigns. Wikimedia boss Katherine Maher announced in a farewell letter on the foundation’s homepage that she intends to give up her position in mid-April this year. The Wikimedia Foundation is based in San Francisco, has around 450 employees and operates the online encyclopedia Wikipedia, which celebrated its 20th birthday in January. Maher was now in control of 55 million articles in almost 300 languages, on which more than 200,000 volunteers wrote.

As the head of Wikimedia, the American held a special leadership role. In that she had to accomplish the feat of leading an organization whose basic principles are flat hierarchies and swarm intelligence. Because Wikipedia is more of a movement and an infrastructure than an organization in the traditional sense.

After her predecessor, Lila Tretikov, had to resign after a long argument about her management style, Maher reunited the foundation and brought it back on track. Above all, Tretikov’s idea of ​​transforming the foundation into a “high-tech NGO” and building a “knowledge engine” similar to the Google search engine caused anger among the employees at the time.

Maher was also successful in collecting money. So the amount of donations increased under her aegis. The non-profit organization now has foundation assets of more than 90 million US dollars. The annual budget has doubled to an estimated $ 140 million for 2021.

Not only financially, the Wikimedia boss caused an upswing, at least she says. Maher states that the encyclopedia had 30 percent more readers under her leadership. The gender issue has been preoccupying Wikipedia and Maher for a long time, and with it the realization that it is mainly men who argue and decide about the world’s online knowledge. Maher tried to increase the number of women writing articles for the online dictionary. The number of female authors has also increased by 30 percent in the past year, she writes goodbye on Twitter. This is mainly due to the fact that new volunteers from Africa, America and Oceania have come.

One of their latest projects is the “Code of Conduct” published by the foundation just a few days ago. The code of conduct is intended to set minimum standards for everyone involved in the global Wikipedia community. He outlines what behavior should be unacceptable, including insults, sexual harassment, trolling, abuse of power and also vandalism. These rules of conduct are to be checked and enforced by selected, independent bodies that already exist in some Wikipedia communities and projects.

Maher became head of the foundation in 2016. Before that, the now 37-year-old was responsible for the foundation’s public relations. She studied Arabic and Oriental Studies in Egypt and Syria, among others.

The Wikimedia Foundation has now formed a commission that is looking for a successor to Maher. The American news website Axios said the outgoing boss that she wanted someone to head the foundation who would come from the “future of knowledge”. That means that it should be a person from Africa, India or Latin America, writes Axios.

Regarding her future and her future tasks, Maher said that she would like to go back to the east coast. She is open to a new challenge.