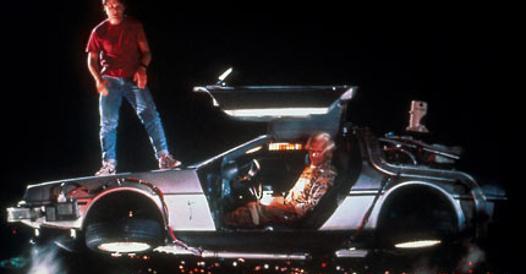 This is a decade that will see many leaps forward for the industry: on the one hand the environmental challenge and the energy transition, on the other the applications to the world of transport, including for example flying cars, that any science fiction film of the Twentieth century he imagined would arrive much earlier. Interviewed in the latest appointment of Italian Tech Speak, the free series of video interviews and podcasts on technology created in collaboration with the Turin Chamber of Commerce, John Elkann, president of Stellantis and Ferrari, returned to one of the themes most dear to him. The flying car.

He had also done so a couple of years ago, speaking in front of the students of the Politecnico di Torino on the occasion of the Technology Festival. The car of the future – said the then president of FCA – will not be unlike the car of today. There are three big changes that are generating a lot of excitement in young engineers like you: the change from the internal combustion engine to electric mobility and other forms of propulsion, connectivity and autonomy. Everything is about to change the way we move. But Elkann’s gaze went even further: For some time we will remain with road transport, but the evolution of flying machines, a hybrid between helicopter and drone, is a very interesting area.

In fact, the car ready for the leap of species. A few months ago the news came that a flying car passed the exam to move on the roads of Europe in the company of normal vehicles: a small step that takes us to so much from the authorization to fly. But this is difficult to complete, more for regulatory than technological reasons. The idea of ​​being able to overcome the traffic jam with a fascinating blow of the wing, but if thousands of vehicles do it together, part of the earthly chaos is transferred to the sky, thus raising – in the true sense of the word – the risks. Not to mention that to fly you need a pilot’s license, to be added to the road license.

The Dutch Pal-V Liberty, this is the name of the vehicle, on the ground a (clumsy, showy) tricycle and a kind of (agile) helicopter when in flight: a mechanical albatross. On the road it reaches 160 per hour and sprints from 0 to 100 km / h in 9 seconds thanks to a 100 horsepower petrol engine. It weighs 664 kg, consumes 7.6 liters per 100 km and needs a 180-meter long asphalt strip to take off. In the sky it maintains a maximum speed of 160 per hour and has a range of 500 km.

But the Pal-V Liberty is just one of the projects of which we know: there are some intended exclusively for freight transport, electric and self-driving, and built with the transport of people in mind. In addition to a drone service for parcel delivery, Uber is also working on an altitude taxi service. Among the pioneers is another American company, Terrafugia: its TF-X concept, from 2015, is even more practical than the Pal-V Liberty because it takes off vertically (like a helicopter), self-driving (both on the road and in the sky. ), powered by a hybrid system (heat engine plus electric motor).

May the future of the car also lie in this hybridization This is demonstrated by the Pop.Up Next modular ground-to-air drone, a kind of airplane-taxi, which Audi (but the project also involved Airbus and Italdesign) presented in 2017 at the Geneva Motor Show. The works were put on stand-by (We are currently working towards a new direction for our urban air mobility activities – explained Audi – and we have not yet made a decision on future products), but the interest of the manufacturing industry itself of cars for the air horizon now certified.

To prepare the ground, and the sky, the cinema took care of it. We all have the DeLoreanDMC12’s in mind Back to the Future (1985). But also the rainy streets and the dark skies of the two Blade Runner (the first from 1982, the sequel from 2017) are crowded with bi-modal media. You can’t ignore the AMC Matador that appears – led by villain Christopher Lee – in Agent 007. The man with the golden gun (1974, Roger Moor in the elegant role of James Bond), and the battered turquoise Ford Anglia, modified by Arthur Weasley, from the Harry Potter saga (this one even flies, becomes invisible and comfortably carries eight people, six trunks, two owls and a mouse).