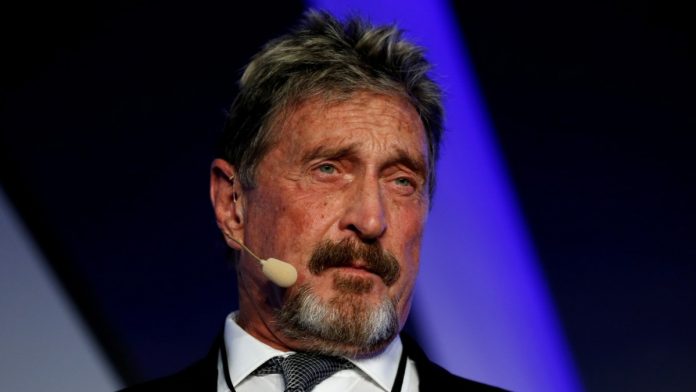 The former Internet entrepreneur, who became known with his company against malware, faces several years imprisonment in the USA. The 75-year-old is already in a Spanish prison.

The software developer and antivirus pioneer John McAfee is to be brought to court in the USA for fraud with cryptocurrencies and conspiracy to launder money. The Justice Department published the indictment that if convicted, McAfee could face years of imprisonment and heavy fines. A statement from McAfee was initially not available.

The 75-year-old was arrested in Spain in October at the instigation of US law enforcement officers who had already brought charges against him for tax evasion and unfair advertising of cryptocurrencies. According to the US authorities, he is still in custody in Spain.

The investigators accuse the entrepreneur and his also accused advisor and bodyguard of having swindled millions of dollars through swindles with cryptocurrencies. The two are charged on a total of seven counts, each with a maximum prison sentence of five to 20 years.

McAfee founded the anti-virus software company named after him, McAfee, in the 1980s, from which he retired in the 1990s. In 2012, McAfee made headlines for an adventurous jungle escape when he was searched for following the murder of his neighbor in Belize.