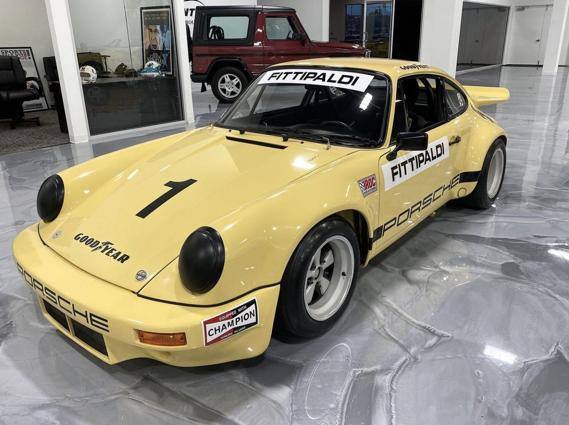 Plata or Pomo. Money or lead. We do not think this phrase, so loved by Pablo Escobar, is the incentive to sell this 1974 Porsche 911 RSR, limited edition of 15 models made to race in the International Race of Champions series held in 1974. But the car in question belonged precisely to the king of drug trafficking and now Atlantis Motor Group makes it available to the best buyer. The price? Atlantis Motor Group has set the figure at 2,200,000 dollars, which would be 1.85 million in euros.

This Porsche has an incredible history. It was driven to Emerson Fittipaldi who won the International Race of Champions pole. The Porsche 911 was then sold and continued to race in the International Race of Champions series until the 1978 Daytona 24 Hours. Then Pablo Escobar decided to buy it to participate in the races of the Colombian Copa Renault 4 championship. Escobar ran in four races of the championship with the 935 body on his new car. After his death in 1993, the car was put in storage before returning to the United States with the purchase by Roger Penske and the return to its original condition and Fittipaldi livery: Sahara Beige with black interior, manual transmission and historic 3.0-liter “flat six” engine.