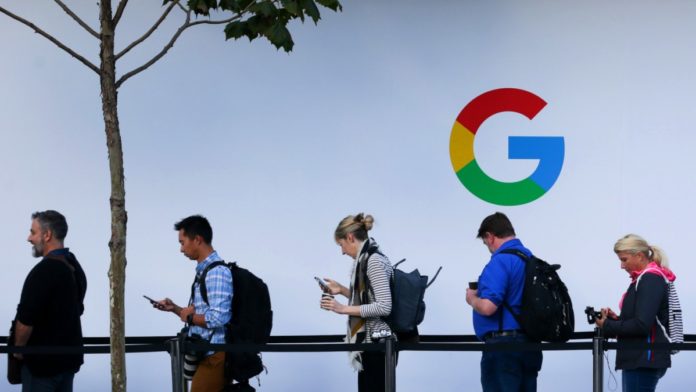 The sober, somewhat technical description goes like this: Google will block third-party cookies in its Chrome browser. The economic impact assessment sounds more exciting: Google is turning an industry on its head that turns over hundreds of billions of dollars every year. And then there is the explanation that people who are not professionally involved in online advertising understand: It will soon be decided whether and how users will be monitored online in the future.

To understand why Google’s plans could have such a big impact, an analogous metaphor helps: Ms. Ceylan wants to buy new running shoes and goes to a sports shop. A horde of private detectives overhears the conversation with the seller and registers every pair they try on. In addition, her companions know that Ceylan wants to adopt a child with her partner. You don’t just follow them while shopping, but around the clock. What the detectives see and hear, they pass on to a huge network of marketing experts and advertising salespeople. That’s why Ceylan sees ads for sneakers and diapers at every opportunity: on TV, in the newspaper, on the subway. Even just before going to sleep, someone whispers in her ear: How about Pampers?

What sounds like a horror scenario has long since become reality on the internet. Almost every website saves small files on users’ computers. These cookies can be useful, otherwise you would have to log in every time you visit, for example. But the operators also place cookies from third parties. These companies want to collect as much data as possible, create user profiles on this basis, and then sell appropriate advertising.

The biggest advertising seller in the world: Google

Most people are unaware of the vast machinery that forms the commercial backbone of the World Wide Web. Advertising networks run through a large part of the websites with their cookies and trackers. This includes start-ups that lure with windy advertising promises and sell the data to the highest bidder. Most of the time, however, they act with attention. Companies keep their treasure trove of data to themselves and prefer to sell the promise that advertisements will reach people who are supposedly interested. Two corporations that have perfected the digital advertising business are Facebook and Amazon. But nobody collects, markets or earns nearly as much as Google.

Ironically, the most successful advertising group in the world is now striving for “a healthy and flourishing web with comprehensive data protection”, as it is called in a concept paper. People fear surveillance, Google manager David Temkin recently wrote in a blog entry: “If digital advertising does not take these concerns seriously, we are risking the future of the free and open web.” From 2022, Google will not only ban third-party cookies, as previously announced, but will also not develop any other methods to track users on the Internet.

“Google runs a brothel, but wants to join a choir”

Firefox and Safari have long since implemented similar measures, but Chrome is dominating the browser market and leading the way. The advertising industry is therefore in an uproar. It’s about tens of billions of dollars and the existence of a number of companies whose business model is based on tracking. Some suspect hypocrisy: “Google runs a brothel, but wants to join a choir,” complains about Oracle’s deputy boss Ken Glueck. The angry speech is headed with a play on words that reflects the mood in the industry: “We’re all FLoCed”.

The neologism that Glueck uses instead of the F-word stands for Federated Learning of Cohorts, FLoC for short. This is what Google calls the concept with which it wants to replace third-party cookies. In the future, only the site operators should know who is accessing their offer. The data does not end up in advertising networks, but is stored locally in the browser. Chrome then groups people with similar interests into groups, on the basis of which advertising can be displayed. These cohorts should be large enough to guarantee anonymity. Not only Oracle rages against these plans. The German publishers association BDZV accuses Google of abusing its market power. The civil rights organization EFF speaks of a “terrible idea”. Politicians warn that Google is primarily concerned with strengthening its own dominance. Antitrust authorities are therefore already investigating in the USA and Great Britain.

Who wants to see diaper advertising all the time?

Google says it takes this criticism seriously. Competitors speculate that Google is introducing FLoCs because it is no longer dependent on third-party cookies itself – but other companies do. In fact, search, Gmail, Maps and the Android operating system disclose so much information that Google does not have to fear for its data monopoly even without tracking. But that was not the reason for the decision, asserts Google. It is about fulfilling the desire for privacy.

Regardless of Google’s motivation, a network without third-party cookies would be good news for most people. That doesn’t change one of the basic evils of surveillance capitalism: the misconception that personalized ads are the holy grail of online advertising. There are now numerous examples that show that context-based advertising can work better than behavior-based advertising. The advertisements are then not tailored to the presumed interests of the visitors, but are based on the content of the website.

How the SZ uses tracking

Like other media companies, SZ uses certain tracking tools and cookies. At www.sz.de/tracking you will find information about which trackers are used on our website and how they can be deactivated.

You can find the full data protection declaration at sz.de/datenschutz. You can object to data processing in the SZ apps by deactivating user statistics, error analysis and crash reports or personalized advertising in the data protection settings of the respective app. As with many media companies, the digital advertising market is responsible for a significant part of the revenue. This is another reason why elaborately researched articles can be made accessible to readers.

When Ms. Ceylan walked into a sports shop, she would see advertisements for running clothes. While she was researching nappy changing techniques, she received offers for baby food. However, these reports were not based on their previous behavior; dozens of private investigators were unemployed. And the misplaced advertisements would also come to an end: Who wants to see diaper advertising all the time?