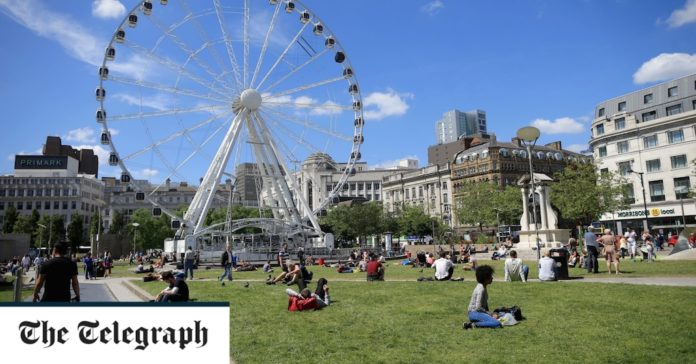 It has been more than a year since the Prime Minister won his majority on the promise to level the UK. Realization of that commitment was understandably delayed by the pandemic but, now that we have a roadmap out of lockdown, the Chancellor should show us his roadmap for leveling.

So far, it appears the goal of the plan, which is to be announced in today’s budget, is based on moving government departments from London – the Treasury to the North East and Housing, the communities and local government in Wolverhampton.

Relocating civil servants like this may have symbolic importance, but it won’t level the country the way the government should – by increasing the number of high-paying, high-value-added jobs in the private sector in the world. the North and the Midlands. .

The UK has deep regional inequalities. Successive governments that have sought to improve the prosperity of poorer regions have done very little. Most plans have stepped up support for low-wage, low-value-added jobs vulnerable to foreign competition and technological change – they have replaced cotton mills with call centers and distribution sheds.

There are two reasons why these previous attempts at leveling up were ineffective. First, they lacked a regional level of government to lead regional regeneration. However, the creation of Combined Authorities of Mayors (AMCs) now offers the opportunity to develop a new set of regional economic development policies to be implemented locally by them, and the government should seize this opportunity.

Second, governments have failed to understand why many cities in the North are poorer than many in the South: Much of the industrial revolution took place in the North, with many cities specializing in a single sector. As these industries faced competition from low-wage firms in developing countries and their prosperity waned, new, innovative, high-wage, high-value-added firms have sprung up in the South.

Experiences from other countries should show the government that the only way it can level the UK is by supporting the growth of existing or potential clusters of high value-added businesses in poorer parts of the country.

If, however, the government is to develop high value-added businesses outside of London, significant changes need to be made.

The first change is to give tube mayors clear responsibility for land use planning and transport policies in their cities, aligning their powers with those already held by the mayor of London. It would be a significant change, but giving these powers to mayors would improve the management of our cities and create a more favorable business environment.