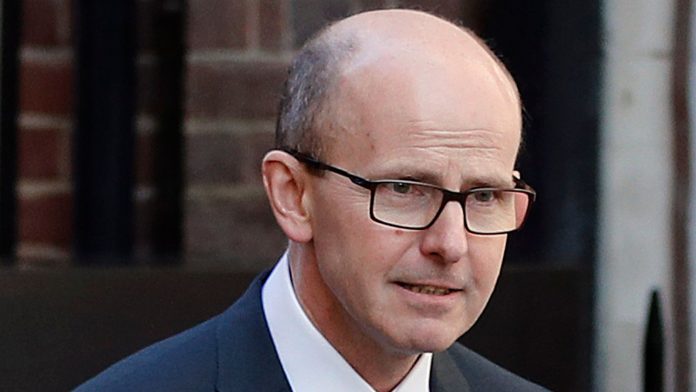 The GCHQ chief warned that the technological threat posed by Russia is like finding a vulnerability on your phone – a risk but one that can probably be mitigated – when China has the potential to control the “global operating system”.

Jeremy Fleming said the UK and its allies face a “moment of judgment” to prevent authoritarian regimes like China from dominating key technologies of the future in a Darwinian-style evolution that would ensure their values ​​rather than democratic ones are dominant.

In a lecture, the spy chief offered a new analogy to describe the respective challenge Moscow and Beijing pose in the tech space.

“The threat posed by Russia’s activity is like finding a vulnerability on a specific app on your phone – it’s potentially serious, but you can probably use an alternative,” he said.

“However, the problem is that China’s size and technological weight means it has the potential to control the global operating system.”

China – which Fleming said had a competing vision for cyberspace’s future with the West – has quickly implemented emerging technologies that are changing the way the world works. He also has a strong voice in debates on the international rules and standards that will govern these technologies.

“States that do not share our values ​​embed their own illiberal values ​​into the standards and technology on which we can become dependent,” Fleming said.

“If this happens, and it turns out to be insecure, broken or undemocratic, everyone is going to face a very difficult future.”

The head of GCHQ said there had been “concerted campaigns” to dominate organizations that set standards for certain technologies.

There have also been “determined efforts” to use the problems …