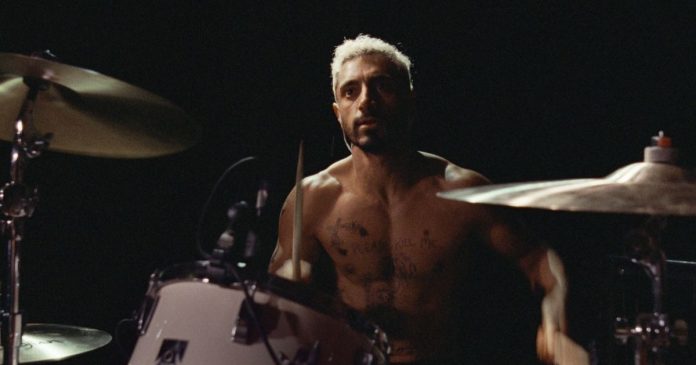 The American drama “Sound of Metal” is one of eight films in the running for the best picture award at this weekend’s 93rd Annual Academy Awards.

The film revolves around the story of Ruben, who plays the drummer for the metal band Backgammon and duly loses his hearing. Ruben is played by actor Riz Ahmed whom audiences will remember as Chris Morris’ Four Lions .

Sound of Metal is said to come from the unfinished project Metalhead first started by screenwriter and director Derek Cianfrance.

Ahmed, who is also in the running for Actor In A Leading Role, went on a strict diet in his preparation for the film.

The Oscars will air here in the UK from 1 a.m. BST on the specially dedicated Sky Oscars HD channel.

Upgrade to Sky Movies if you’re already a Sky customer here, or check out Sky’s Deals and Offers to start purchasing a TV subscription.

Where to watch Sound of Metal on UK TV

Sound of Metal is available to watch on Amazon Prime Video.

You can start a 30-day Amazon Prime Video free trial by clicking here.

As with all walks of life, this year’s Oscars have been compromised by the difficulty film production companies have had in getting new releases to the public.

Sound of Metal was originally released in September 2019 and under ordinary circumstances would have been in the Oscar in 2020.

The movie itself was shot in just 24 straight days, running in a limited series with Darius Marder using just two shots per scene.

Critics aggregator RottenTomatoes gives Sound of Metal a 97% rating based on 250 reviews, with most noting Ahmed as the glue that holds the project together.