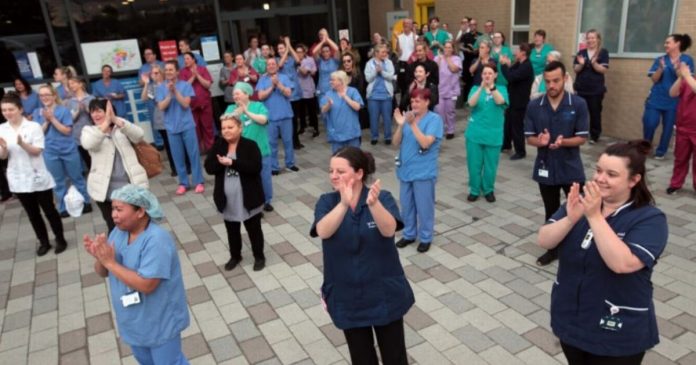 Women in the North have been disproportionately affected by inequality during the Covid-19 pandemic, according to a new report.

It was published by think tank IPPR North which said most key workers are women, putting them at greater risk of infection and death.

Its results revealed that nearly half of women working in the North work in sectors that suffered the most negative effects during the pandemic – health and social services, hospitality, wholesale and retail. detail.

In comparison, men represent only 26% of the workforce in these sectors. In fact, according to the report’s authors, men make up only 6% of the health and social services workforce in the North.

In December, 1.9 million people were put on leave across the UK, and around 382,000 of them were women from the North.

This means that one in ten women who work in the North have been on leave in the past year. Women are also less likely to have their wages increased by their employers.

Today’s report tells how inequalities do not exist in isolation from each other.

IPPR North researchers recommended that the north of England pave the way for a reconstruction that is fairer for women.

They say the government and leaders of the North should put women at the heart of their recovery plans and called for “actions, not words” to “build back more just for women”.

IPPR North researcher Amreen Qureshi said: “Inequalities don’t exist in silos. They interact with each other. Women in the North experience regional, economic, racial and other inequalities – some at the same time.

“Even before the pandemic, women in the North – especially those in the poorest communities – saw their life expectancy decline after a decade of austerity.

“Women earn less, are more likely to be key workers and suffer from gender-based violence, and they take more responsibility for informal care.

IPPR North Director Sarah Longlands said: “As an elderly woman working in public policy, I have lost count of how many times I have been the only woman in the room to speak about the future of regions like the North.

“The opportunities we have to build a better future for the North can only be fully realized when we challenge the status quo and do all we can to amplify the voice of women in our communities, our policies and our policies. public.