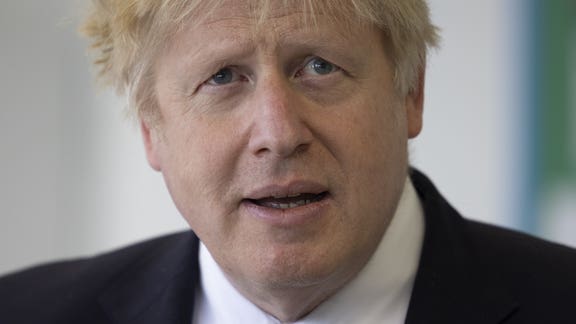 Boris Johnson is expected to announce next steps to ease lockdown restrictions next week.

The prime minister will notify the nation at least a week before the third stage of the lockdown roadmap is given the green light, including plans to resume overseas vacations.

Mr Johnson said he expects there to be “some openings” on May 17, when a new risk-based traffic light system is due to be introduced for international travel.

Here’s what the Prime Minister has said so far and when an official announcement is expected.

When will Boris Johnson’s next announcement take place?

Downing Street has held sporadic press briefings to educate the public about the pandemic, with the Prime Minister delivering his last report on April 20.

No 10 confirmed that stage 3 of the lockdown roadmap, which also includes the reopening of the indoor hotel business, will take place no earlier than May 17, after a further review of the data and all four tests .

The government will announce a week in advance whether the restrictions will be relaxed as planned.

As such, that means Boris Johnson is expected to give the next update on May 10. Announcements usually take place around 5 p.m.

What will be announced?

Mr Johnson will confirm whether he is sure the next leg of the lockdown roadmap will be relaxed on May 17 as planned.

In step 3, all of the highest-risk sectors will be able to reopen, with Covid-secure guidance in place.

This includes the reopening of:

Weddings, receptions, funerals and memorial events including revivals can also take place from this date with up to 30 participants.

A wider range of self-sustaining life events will also be permitted, including bar mitzvahs and baptisms.

What are the plans to resume the trip?

Mr Johnson said he expected some “openness” to overseas travel on May 17, but warned the approach would be cautious.

A new risk-based traffic light system is expected to be introduced from that date to resume international travel, which will see countries classified as red, orange or green.

This rating will be based on a range of factors, including the proportion of the population that has been vaccinated, Covid infection rates, new emerging variants, and the country’s access to reliable scientific data and genomic sequencing.

Travelers returning to the UK from countries classified as ‘green’ will not be required to self-isolate, although pre-arrival and post-arrival Covid testing is still required.

Those returning from counties classified as “orange” or “red” will have to self-isolate or go into quarantine.

Asked whether people should plan an overseas vacation, Mr Johnson said: ‘We will say more as soon as possible.

The prime minister said he did not want to see an “influx of disease” once international travel resumes, which is why the government is being “as careful as possible” with the road map.

He added, “We want to do some opening on May 17th, but I don’t think the people of this country want to see an influx of disease from everywhere else.