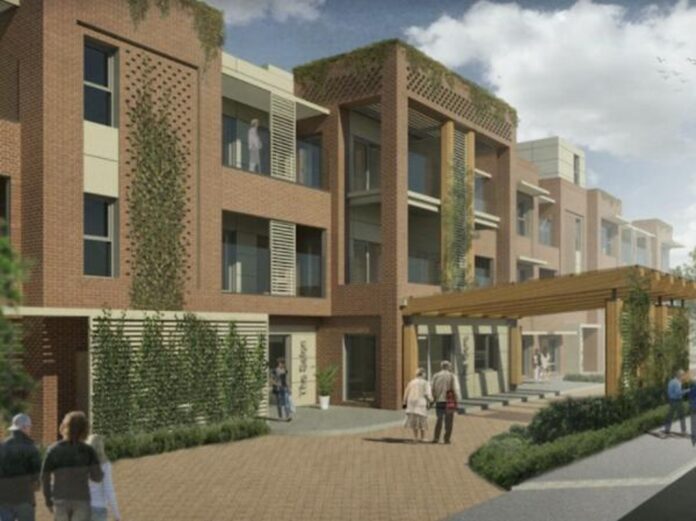 Work could begin on the ‘Rolls Royce’ of home care facilities in Flitwick this fall, if preparations can be completed on other aspects of the site in time.

The project is part of the Central Bedfordshire Council (CBC) program to provide improved specialized housing for the elderly and is expected to last two years.

It will provide a retirement home with 72 en-suite bedrooms and a private garden, and an eight-bedroom short-stay room, according to the local authority.

“This includes a range of shared facilities co-located with the care home for adults with learning disabilities and / or physical disabilities,” CBC said.

“There is also an independent living program consisting of 88 self-catering one and two bedroom apartments for those over 55.

“The project will include a private recreation area, with shared community facilities, as well as a lounge and rooftop gardens for residents.

“A café, a hairdressing salon, reception rooms and a space dedicated to the use of health professionals will be made available.”

Planning agent Stuart Kemp described it as hybrid plans at the former site of the Flitwick Leisure Center in Steppingley Road.

Part of the project is in outline and the rest at the full application stage, he told the council’s development oversight committee on Wednesday May 5.

The nursing home will replace the Ferndale residential home in Easton Road, which was approved by the council executive to close in December 2019.

This process could take about three years, it was explained at the time.

“It has 24/7 access to care, shared informal meeting spaces, a secure outdoor area and a private lounge.

“There are 106 parking spaces, with a supplement for visitors, while the apartments will all be affordable housing, half in social rent and the other in condominium.

“They will be designed to be accessible and easily adaptable to changing needs.

“Detailed proposals for bungalows and apartments for those who want something smaller and more manageable on part of the site are expected at a later date,” the council added.

There were four objections and four comments made, a report told the committee.

Opponents have called it “overdevelopment of the site”, calling it “an outdated model” and “likely to dominate nearby housing”.

They noted that “older residents would prefer support in their own home.”

But one comment called for “more of this type of accommodation” and another suggested it was “good to see photovoltaic solar panels on the roof”.

Flitwick Independent Advisor Gareth Mackey said: “This will be a great development for the town and certainly a replacement for Ferndale.

“It’s almost the Rolls Royce of delivery, so I commend the board on that.”

Flitwick’s Tory adviser Charles Gomm described it as “a positive benefit to the town and the surrounding area”, saying he had concerns about the provision of parking.

Stressing the need to avoid parking problems on Steppingley Road, he said it “serves a number of traffic generators, such as the Rufus center, the leisure center, the train station and the Tesco supermarket”.

CBC’s head of MANOP (serving the accommodation needs of the elderly), Tobin Stephenson, spoke of a “substantial” gap in the supply of places in local nursing homes, as well as in independent living. and modest accommodation.

Councilors approved the proposals with nine votes in favor, none against and one abstention.