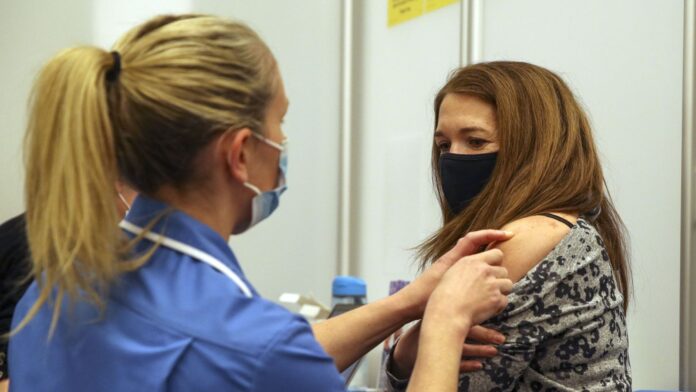 Safety fears are the most common reason people don’t get the coronavirus vaccine, official figures have shown.

The speed at which the jab was developed and potential long-term side effects were also among the concerns, according to data from the Office for National Statistics (ONS).

Another major reason is that many think of catching COVID-19[female[feminine does not pose a significant risk to their health – especially young people and those who believe their immune systems are strong enough to fight off the virus without a bite.

Ethnically diverse communities are less likely to have received a first dose of the vaccine than whites in Britain, according to ONS figures from December to April.

The black Caribbean community in the UK has the lowest turnout – with just 66.8% of those over 50 reserving a shot.

Meanwhile, 93.7% of whites over 50 were vaccinated and nearly 91% of elderly Indians in Britain received their first dose.

This is the number of coronavirus patients hospitalized in England fell below 1,000 for the first time since September.

The number of patients peaked at 18,974 on April 12 of last year during the first wave of coronavirus.

Now the South East and South West of England say the numbers are down 99% from their second wave peak.

The figures provide new evidence that the combined impact of the vaccine rollout and lockdowns has helped reduce infections leading to hospitalizations.

However, excessive deaths were 14% above the five-year average in England and Wales, with COVID-19 being the main …