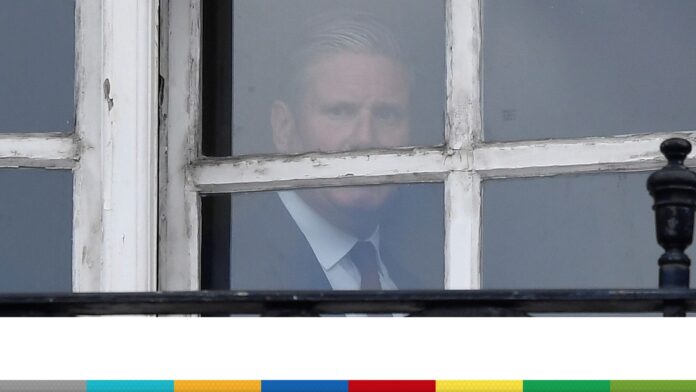 It was the late Roy Jenkins, on the eve of the 1997 general election, who artfully compared Tony Blair to a man carrying a priceless Ming vase on a highly polished floor.

The former Labor leader was heading for a colossal victory and was terrified that a mistake would destroy his ballot lead and the invaluable prospect of becoming prime minister.

Fast forward more than two decades, and the same accusation is leveled against the current Labor leader after a all election results in England which makes the prospect of Sir Keir Starmer following in Mr. Blair’s footsteps in issue number 10, a prospect even more distant than before.

One of his allies this week spoke of Jenkins’ anecdote with exasperation at Sir Keir’s legal warning. “He’s a leader – so focused on detoxing the Labor Party with voters that he dares not be wrong. He doesn’t want to mess it up. He understands the scale of the challenge, but then he puts himself on Vase Ming on an ice rink. “

But Thursday’s results shattered any honeymoon Sir Keir has had with the Labor Party as well as any illusions he and his team may have that his first approach to security in the face of the opposition will work.

Losses on losses have piled up to paint an almost hopeless picture for the job. Hartlepool was just the tip of the iceberg as councils across the country turned blue – from Northumberland at Nuneaton and Dudley. Tees Valley town hall was held by the Tories with a significantly increased margin.

As Boris Johnson embarks on a tour of his new territory in the West Midlands and Hartlepool, Sir Keir has remained locked in London. There was no victory lap to be done anywhere in the country.

It is true that the rebound of the vaccine is real. It is also true that the Brexit dividend continues to pay off for Mr Johnson, with the Conservative vote …