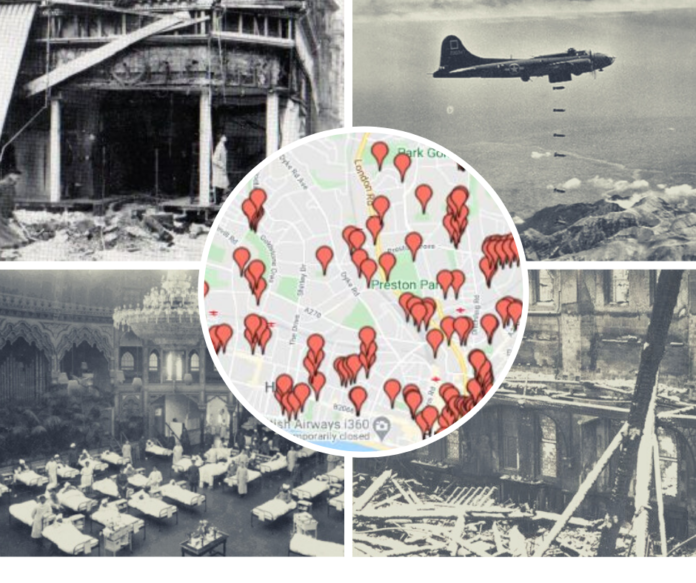 Bombs fell from the sky destroying buildings and thousands of young men were sent to the front lines in Europe.

As the country marks the 76th anniversary since Victory Day, when the war in Europe ended, we reveal the Luftwaffe’s trail of terror across the city.

Each red dot was a bomb and each bomb a moment of breathtaking fear, injury or death.

The first Nazi bomb to fall on Brighton destroyed houses on Whitehawk Road.

Before the end of the war, 227 civilians were killed and 510 seriously injured.

The frigid whine of the sirens sounded over 1,000 times, sending people rushing to the shelters.

Many were dropped by crews dropping their bombs before returning to their bases across the Channel.

They fell indiscriminately, resulting in the death and destruction of the city where a German prince regent built his palace.

Click on the + and – symbols to zoom in and out on the map.

To move around the map, click on it and drag your mouse in the desired direction.

Information on some of the bomb sites appears by clicking on the red markers.

The most notorious bombing raid on Brighton took place on a hot Saturday afternoon on September 14, 1940.

At around 3:40 p.m., a German bomber was chased sharply by a Spitfire over Brighton.

Above Kemp Town, in an attempt to escape, the raider released his load of deadly bombs.

There had been no time to sound the alarm, no time to run to the shelters.

In the carnage that followed, 52 people lost their lives.

Find out more about the experiences and memories of the WWII people in Brighton on the dedicated Argus webpage.