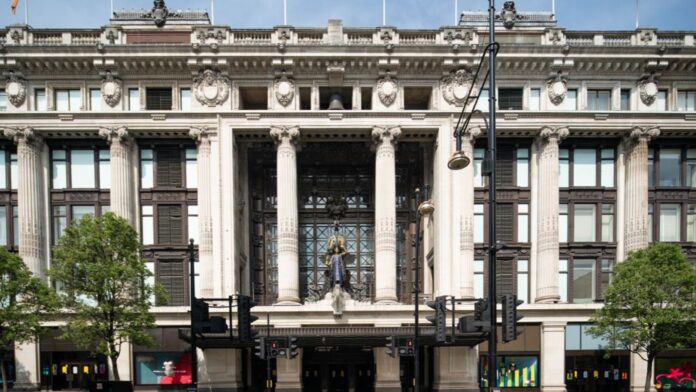 Eight people have been arrested after a man was stabbed in the leg during a scuffle at Selfridges in London.

A 20-year-old man was found injured when police were called to report a scuffle at the famous Oxford Street store around 7:30 p.m. on Saturday.

He was treated in hospital, then arrested on suspicion of a fight and taken into police custody.

Seven others were arrested on suspicion of causing grievous bodily harm and a fight.

The eight people are still in detention.

Any witness or anyone with video of the incident is urged to contact police on 101, or contact Crimestoppers anonymously.