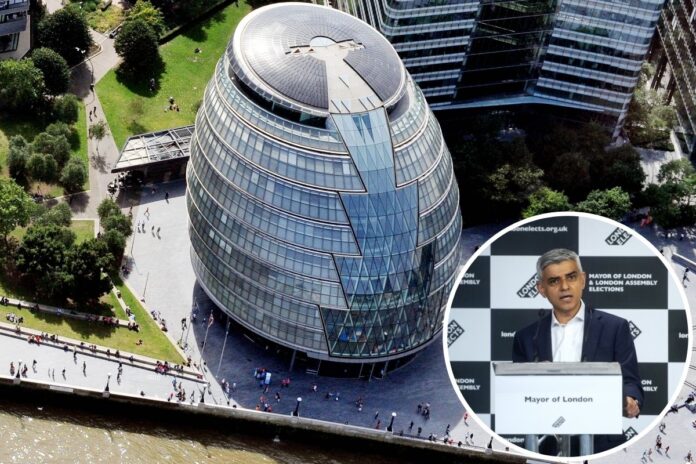 Last night, Sadiq Khan was re-elected mayor of London for the next three years after a two-day count process.

The Labor mayor beat Tory rival Shaun Bailey by a margin of more than 10 percent, securing 55.2 percent of the popular vote.

But the contest was much tighter than initially expected, with Mr Bailey increasing his party’s share of the vote by 1.6% from the previous election.

Following the declaration of the results, which took place around 11 p.m. last night, Sadiq Khan said he was “humbled” to be re-elected mayor of London and pledged to “do everything in his power to help build a better and brighter future for London ”. .

In his concession speech, Shaun Bailey said he had been “struck off by pollsters, by journalists, by other politicians,” but added “it’s no surprise to me that Londoners don’t m ‘have not written off’.

After congratulating Sadiq Khan on his victory, Mr Bailey called on him to “think about this opportunity, this responsibility… to deliver for Londoners”.

Sian Berry, of the Green Party, who was re-elected later that night in the London Assembly, achieved his party’s best result in London, securing 197,976 votes, a 2% increase from the 2016 election .

Liberal Democrat candidate Luisa Porritt finished in fourth place, but was 0.6% reluctant to get the 5% first preference vote needed for her £ 10,000 deposit to be returned.

Elsewhere, YouTuber Niko Omilana finished ahead of the rest of the contestants, getting nearly 2,000 votes more than ex-actor Laurence Fox.

For comparison, the turnout in the last general election in the UK was 67.3%.

In the London Assembly election, none of the 14 constituency seats changed hands, with Labor and Tories retaining all of their respective seats.

The political makeup of the London Assembly will be slightly different in the next term, however, with Labor losing one member from the London seats while the Conservatives, Liberal Democrats and the Green Party all gain one member.

Former UKIP Assembly member Peter Whittle, who went on to represent the Brexit Alliance, resigned ahead of the election while his party colleague David Kurten lost his seat.

The Green Party benefited from a 3.8% increase in its vote share in the London seats, with Zack Polanski being elected to join Sian Berry and Caroline Russell, who were re-elected.

Conservative Emma Best has been elected to join the return of Shaun Bailey and Conservative Town Hall Leader Susan Hall, while Liberal Democrat Hina Bokhari will join Caroline Pidgeon, who was also re-elected.

The first meeting of the new London Assembly mandate is scheduled for Friday May 14, while Mayor of London Sadiq Khan has said he will begin on Monday May 10 to present his plan for London’s economic recovery from the pandemic of Covid-19.