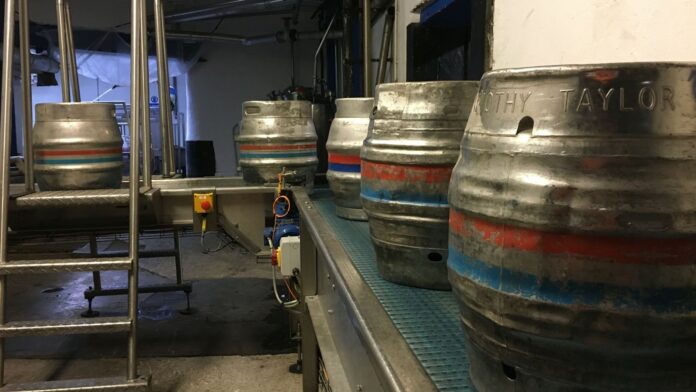 An “incredible” surge in demand for draft beer after the lockdown offers “a silver lining” to the struggling UK pub industry.

Production has increased at breweries after some underestimated the number of pints sold in pubs after they reopened last month.

The demand meant that Timothy Taylor’s Brewery in Keighley, West Yorkshire brewed on a Sunday last weekend for the first time in 163 years of history.

The brewery, best known for its Landlord beer, lost £ 1.3million last year and had to throw away 600,000 pounds of beer as the entire hospitality industry struggled to survive the pandemic.

“The last two weeks we’ve done similar volumes to what we did in the same two weeks of 2019, which is amazing compared to the predictions people gave us.

“Our bottles (sales) went up 50% during closings, but the reality is people really want a good pint and the only way to get it is in a pub – you can’t duplicate it at home and therefore increased demand.

“I don’t want to sound triumphant,” he added. “It’s great that we’re doing the business we are doing – but I know a lot of brewers aren’t.”

The biggest brewers are urgently increasing their production and continuing to limit supplies from high-end brands, notably Birra Moretti and Amstel.

A week after the shortages were first highlighted, Heineken, owner of both brands, told Sky News that they are still working hard to source from mainland Europe.

A spokesperson said: “Although only 40% of pubs can open outdoor spaces, we are seeing similar sales levels to a normal April with all pubs open..

“So we have temporarily limited the amount of Birra Moretti and Amstel that pubs can order. All our breweries are in operation …