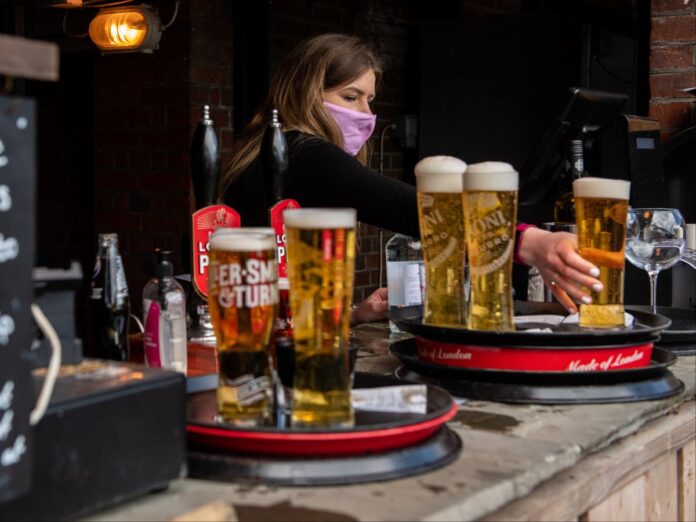 UK employers face a shortage of workers as they resume hiring after an exodus of staff caused by Brexit and the coronavirus, new data shows.

Employers in all major sectors of the economy expect a job boom after the lockdown, but some are struggling to find workers, according to the Chartered Institute of Personnel and Development (CIPD).

The professional HR body found that optimism about hiring climbed to an eight-year high, with jobs in the public, private and voluntary sectors all set to rise.

The CIPD survey found that 64% of companies planned to hire staff in the three months to June, while only 12% expected job cuts.

Optimism grew in hospitality as lockdown restrictions eased further from Monday. More than two-thirds of hospitality businesses have said they want to hire more staff in the coming months.

However, the ICPD warned that a rapid decline in the number of European workers could fuel labor shortages.

More positively, the salary outlook has improved. Base salary increases are expected to drop from 1% to 2% over the next 12 months.

According to the survey, median base salary expectations in the private sector fell from 1.5% to 2% compared to the previous quarter.

Wage increases in the public sector are expected to decline to 0.9 percent.

Gerwyn Davies, Senior Labor Market Advisor at CIPD, said: “More jobs and better pay prospects should give us all cause for celebration, but a strong job recovery must be focused on better jobs, not just on more jobs.

“To counter the emerging threat of recruitment difficulties, employers should review not only their hiring practices, but also the quality of the work they provide – such as terms of employment, opportunity for promotion, training opportunities and the right balance between flexibility and security.

“There is more to doing a good job than raising wages.”

The quarterly report’s net employment intentions balance, which measures the difference between employers who plan to create jobs and those who plan to cut them, reached a score of 27 for the second quarter of 2021, up from 11 in the first. quarter of the year.