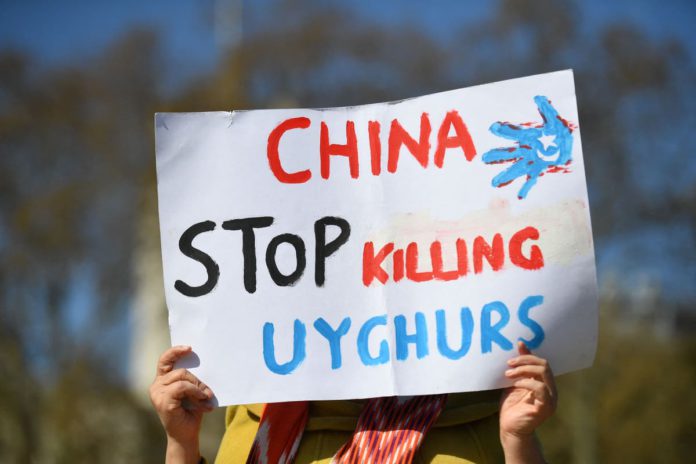 The government rejected MPs’ proposals to prevent companies from sourcing products made by Uyghur slaves in China.

Responding to plans presented by the Business Energy and Industrial Strategy Committee, the government said the evidence indicated “a very disturbing repression agenda in Xinjiang and the world cannot just look the other way.”

However, ministers refused to engage in actions to strengthen the UK’s rules on modern slavery or ensure its own procurement process is not marred by forced labor.

Products made in labor camps by Uyghur communities in China’s Xinjiang Province have found their way into European and American markets, sparking calls for tougher measures to make companies more responsible for what they buy and of their provenance.

MEPs from the BEIS committee urged ministers in March to strengthen the modern slavery law and provide for civil penalties for companies that do not comply.

The law requires companies with a turnover of at least £ 36million per year to publish annual statements detailing the risks of slavery and human trafficking in their supply chains. Currently, there are no penalties for non-compliance.

Nusrat Ghani, Conservative MP for Wealden and senior member of the BEIS Commission for the Forced Labor Inquiry, said the government’s response was “deeply disheartening”.

Ms. Ghani said, “Given the horrific evidence of abuse, this suggests that the government is dragging its feet to come up with the tough measures needed to help fight forced labor exploitation in Xinjiang.

“The initial report of the BEIS commission [in March] presented a series of practical recommendations to ensure that everything is done to eradicate the profiteers of such abuses.

“There continues to be a worrying lack of consistency and urgency in the commercial service’s work on forced labor.

“The government’s response fails to reassure customers that they are not contributing to supply chains marred by modern slavery and leaves UK companies trying to do the right thing and make sure that their supply chains do not profit from forced labor.

She added, “At the very least, you would expect the government to ensure its procurement process is free from forced labor and I will push for a blacklist of Uyghur genocide government procurement. “