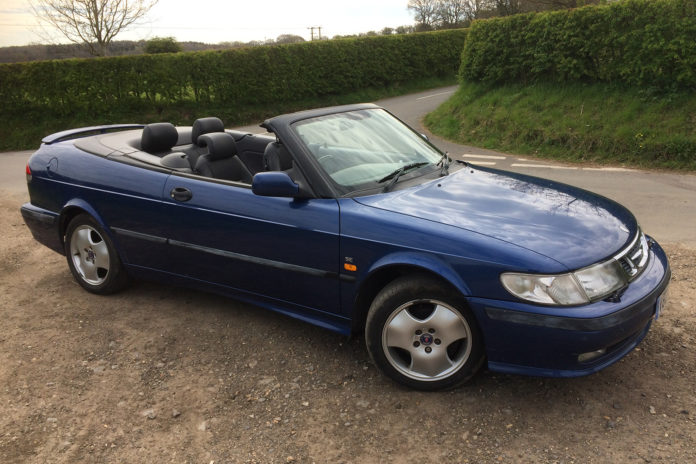 I bought a car the other day. Okay, I know it’s not exactly a heartbreaking revelation, especially in a place like this, but the process reminded me of a used car adage that ‘buy from the seller rather than to buy the car ”.

You know the sort of thing: you show up in an immaculately maintained house with an immaculately manicured lawn to find a nice, honest seller who just wants the car to go to a good house. It doesn’t matter whether the eventual purchase is exactly the make, model, or color you were looking for, but the price is right and you know, you know, the car is a good car because, well, the person selling it .

Considering the area of ​​the market I was swimming in (spending over a mile would be like pushing the boat so far it would disappear over the horizon) and the car I was looking to buy – an early Saab 9-3 convertible – expectations were low. (Yes, I know the 9-3 convertible is a bit desperate to drive, but like a bit of summer fun for a family of four, that’s just the ticket.) Classified trawling turned out to be plentiful at or around our budget, but each had such a terrifying MOT story that it would take me a week to get out from behind the couch after reading it.

I was about to give up and look for something more sane when an acquaintance revealed her brother was selling a 1999 9-3 SE cab. He was in his cars and bought it for the same reason I did: a bit of laughter for himself and his family while the sun was shining. Unfortunately, the pandemic struck and he couldn’t use it, so he spent the lockdown to service the Saab instead. It sounded good, and it was also in the same cosmic blue as our leggy 9-5 real estate hack. (Didn’t I mention that the Trollhattan bug had already stung?)

But why was he selling, now that the restrictions were easing? My contact mumbled something about “a few other projects” that were taking their time. Puzzled, I called the salesperson, who said all the right things about the job he had done and the price he was asking. Worn but not yet convinced, I drove around to his place for a little tire blow.

As soon as I pulled up to the house (very nice sprawling chalet. Check. Well-kept garden. Check) I knew this could be the one. Outside on the road was a pristine Jaguar XJ X358, while on the ride was a minty Range Rover P38 and a few Series III Land Rovers, including one with an ultra-rare 2 inline six-cylinder. , 6 liters. And was that a Silver Shadow under that blanket? It was! And then there was the Saab, polished an inch of its life. It was good.