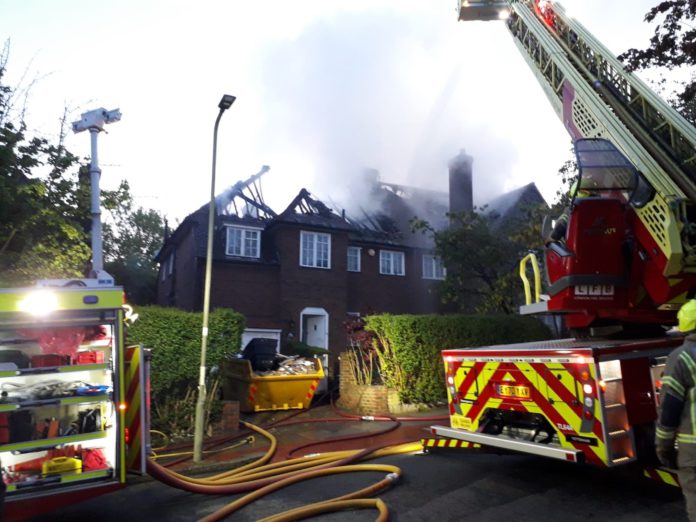 The roof of a house was destroyed after a fire broke out early in the morning.

Eight fire engines and around 60 firefighters were called in to a fire on Hill Top in East Finchley around 3 a.m. this morning (May 27).

The roof of a semi-detached house was destroyed by the fire and most of the roof of an adjoining property was also damaged.

Fire crews from Finchley, Hendon, Hornsey, West Hampstead and surrounding fire stations were on the scene.

According to London firefighters, no injuries were reported and the blaze was brought under control at 5:15 a.m. 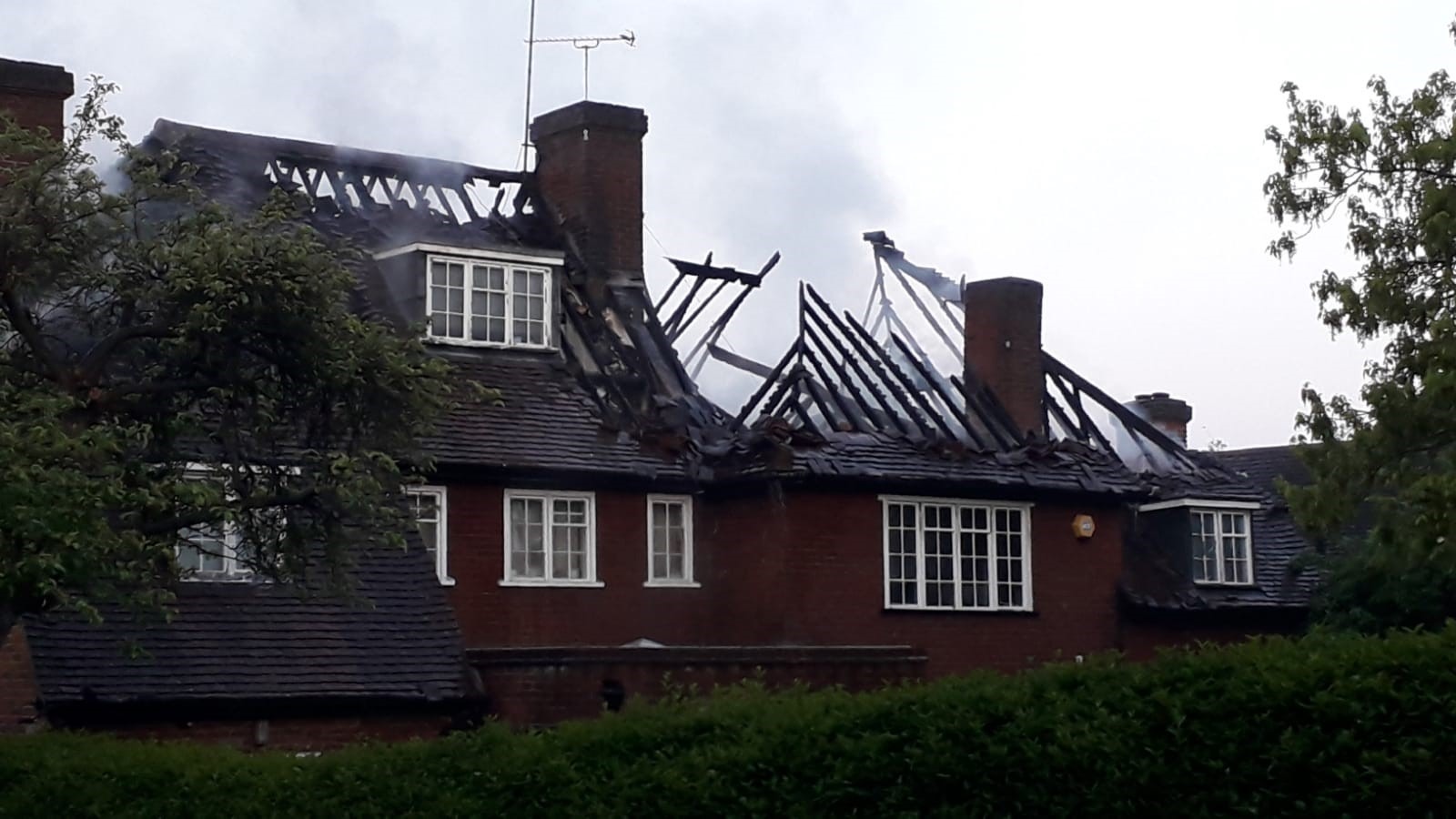 Station Commander Sacha Clement, who was at the scene, said: “The firefighters were confronted with a well-developed fire on their arrival.

“One of our new 32-meter rotating ladders was on site and was used to fight the fire at height.”

Fire brigade investigators believe the fire was accidental and the most likely cause was hot work that had been done on the roof.