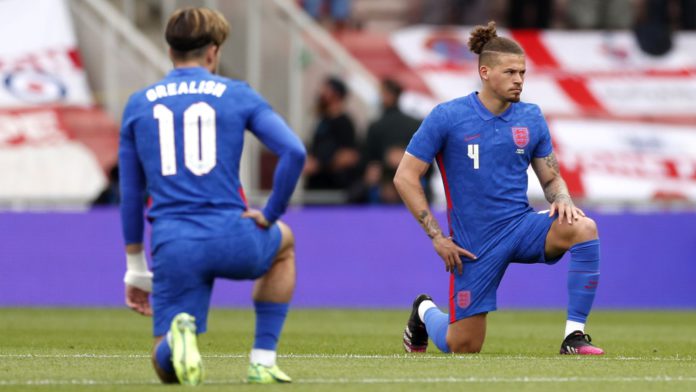 Boris Johnson has told England fans not to boo the football team for kneeling to protest racial injustice after failing to criticize the scenes.

Number 10 said the prime minister wanted the public to “cheer them on, not hoot” before the Euro 2020 tournament, and explicitly supported those who decide to participate in the event.

The prime minister’s official spokesperson earlier this week declined to condemn those who booed the players, going so far as to urge them to be “respectful”.

But Downing Street has now gone further to tell crowds not to laugh at the national team after being pressured to take a stronger stance.

Asked if Mr Johnson supports players who kneel down, a spokesperson for No 10 said on Friday: ‘Yes. The PM respects everyone’s right to peaceful protest and to make their feelings known. in the face of injustices.

“The Prime Minister wants to see everyone behind the team cheering them on, not booing.”

The England players were booed by some fans when they knelt down at the Riverside Stadium in Middlesbrough ahead of the friendlies against Austria and Romania last week.

Gareth Southgate’s side – who play their Euro 2020 opener on Sunday – have insisted that taking the knee is not a political move and they are doing it to reinforce the message that racism and discrimination will not be tolerated.

In an open letter to English fans in The Players’ Tribune, England manager Southgate said he had “a responsibility to the wider community to use my voice, and the players too”.

He added: “It is their duty to continue to interact with the public on issues such as equality, inclusiveness and racial injustice, while using the power of their voice to help bring the debates on. the table, raise awareness and educate. “

Euro 2020: English fans could not leave the stadium quickly enough....