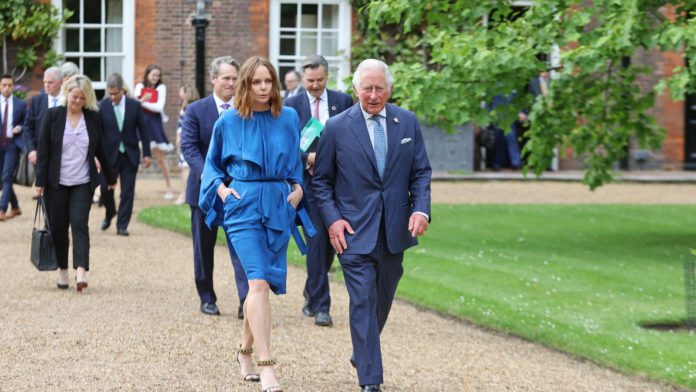 Stella McCartney told Sky News the world needs to realize just how old-fashioned “the fashion industry” is when it comes to the climate crisis, as she prepares to meet with G7 leaders, alongside the Prince of Wales.

The fashion designer, who will join a delegation of 10 CEOs from the world’s biggest companies in Cornwall, told Sky News she would ask world leaders to “watch the laws, the policy changes” so that she does not feels more “penalized for doing well”.

The reception at the Eden Project, hosted by prince charles, will be the first of its kind to a G7 summit with politicians and business leaders all discussing the climate crisis.

The prince described it as a “potentially revolutionary opportunity” for governments and the private sector to share ideas on how they can work hand in hand to build a sustainable future.

Speaking to Sky News later ahead of the event, McCartney said she was excited but also slightly terrified of the enormity of the moment.

She said: “I see this as a really powerful opportunity for me to really shed light on an industry that I think has gone under the radar lately, or forever, on sustainability issues.

“I don’t think anyone really knows that the fashion industry is one of the most harmful industries.

“I don’t think they know that 150 million trees are cut down for viscose when I managed to get sustainable wood pulp in Sweden.

“I don’t think people know anything about it, so for me being there with these world leaders is really exciting, but also very terrifying because I’m desperate to get across some of the facts and realities about the world. fact that the fashion industry is old fashioned. is. “

Listen to and follow ClimateCast on Spotify, Apple podcasts, or Streamer

The daughter of the Beatles legend Paul McCartney and Linda McCartney, photographer and animal rights advocate …

COVID-19: People who have had two injections can avoid isolating themselves after infectious contact in the future, suggests expert | UK News