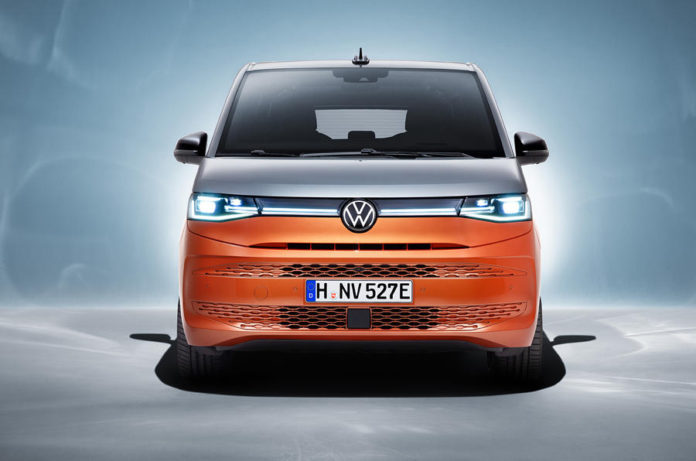 The Ferrari SF90 Stradale, the Volkswagen Golf Mk8, the new Land Rover Defender and the Aston Martin DBX are some of the cars that have thrilled us the most in recent years.

The launch of each one was publicized for months in advance, read by thousands of readers on Autocar’s website, and – without exaggerating – had a real cross-industry effect.

But yesterday came an unveiling with a little more personal touch – one that may have eluded you if you care more about acceleration than accommodation or the value of pace rather than outlets.

Yes, it’s the new Volkswagen Multivan, which despite its new, retro-inspired name, is essentially the new take on the top-selling Transporter minivan we all know and love.

It received a new platform, a radical new look, and even a plug-in hybrid powertrain option.

It’s hugely exciting in itself, of course, and is certainly as valuable to many top Volkswagen ranks as the Golf or the ID 3. But the challenges facing the Multivan are far more arduous than the simple processes of driving. WLTP homologation, MPV group tests or test lap times.

You see, anyone who’s really excited about the new Multivan – let’s call it the T7, for the sense of continuity – probably has a connection to the VW vans of yore.

The T7 is the latest in a line of passenger-carrying Volkswagen vans dating back, more or less, to the early 1950s. Volkswagen nerds like me can churn out affectionately coined nicknames like Barndoor, Splittie, Bay and Wedge while chatting of the sacred lineage of the Transporter, and undoubtedly regard the unveiling of this latest generation as no less important than the rebirth of the Beetle in 1997.

I grew up in the shadow of a succession of brightly colored ‘Bay Window’ Type 2 motorhomes converted by the best of the best: the German firm Westfalia (a Helsinki and a Campmobile, as you ask).

The air-cooled ‘crepe’ engine slamming in the back, the musty smell of the ‘pop-top’ roof bed and the dazzling tartan padding are thus inscribed in my sensory register for life, and I remain an ardent VW van fan to date.

Later, a friend and I rescued a T3 Multivan from behind some trash cans in the back of a local garage, spray painted it in his backyard, and made lasting memories carrying hordes of crazies to the sights. similar to school, parties and McDonalds.