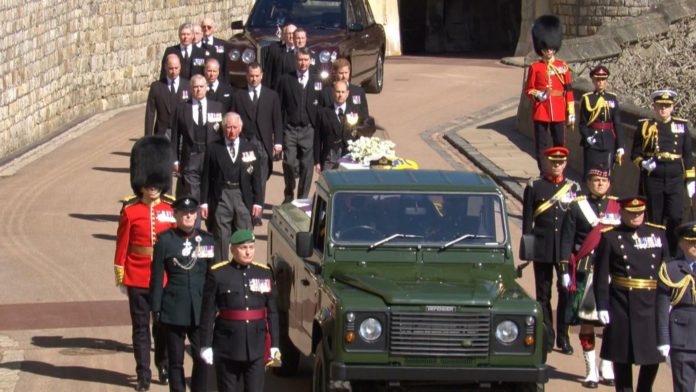 The Queen honored the Duke of Edinburgh’s most loyal and trusted assistants, some of whom played key roles in his funeral, in a rare series of awards to mark what would have been the 100th anniversary of her late husband.

The rare Demise Awards were given following the Duke’s death to recognize the service of those closest to Prince Philippe.

Brig Miller-Bakewell, who was also Philip’s treasurer, was the Duke’s right-hand man for 11 years, assuming the role in 2010.

William Henderson, who was the Duke’s page, became a lieutenant of the Royal Victorian Order (LVO).

Philip’s valet, David Berwick, who worked for the QueenThe 46-year-old husband, joining his team in 1975, was made a member of the Royal Victorian Order (MVO).

The three years devoted to the service of the Duke and the Royal Family, and were invited to stand behind his coffin as he was transported through the grounds of Windsor Castle on a Land Rover hearse.

The Queen last bestowed the Demise Honors 19 years ago in 2002, in a combined list following the deaths of her mother Queen Elizabeth the Queen Mother and her sister Princess Margaret, honoring individuals such as private secretaries, ladies of honor and the bearer party.

She recognized other people who played key roles at Philip’s funeral, including the Land Rover crew.

The Duke designed a bespoke Land Rover Defender TD5 130 as his own hearse and the vehicle was used to transport his casket from the castle to the chapel.