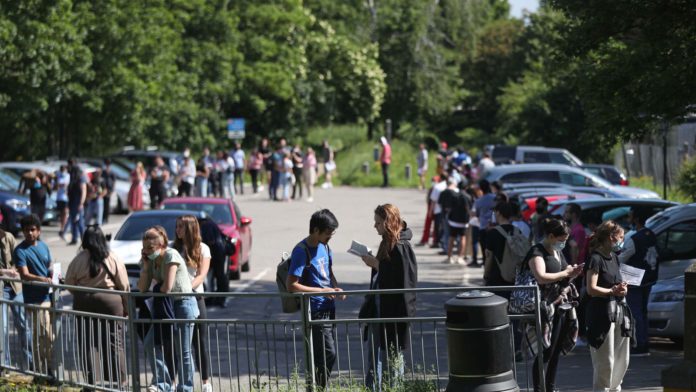 This is the decision the Prime Minister did not want to make.

But when presented with the data, he had no choice.

His scientists warned him that if the country was allowed to fully open on June 21, a third wave would follow this summer resulting in “thousands of deaths.”

“We are seeing cases increasing by around 64% per week and in the worst affected areas they are doubling every week,” the prime minister said.

“The average number of people admitted to hospital in England has increased by 50% week on week and 61% in the North West, which may be the shape of things to come, as we know the ruthless logic of the exponential growth.

The highly transmissible Delta variant, which was first identified in India, is leading to an increase in infections, especially in younger people, mostly unvaccinated.

Professor Chris Whitty has warned that if these infections continue to increase exponentially, the NHS risks being overwhelmed.

The numbers are increasing in all of these cases in the North West of England and although they are still very low compared to the first and second waves, they are enough to worry those responsible. The rest of the country is expected to follow northwest.

The 30-50 age group is considered the most at risk.

Hospital admissions data show there are more people under 65 currently being treated for COVID-19 in hospital than patients over that age. This is the reverse of the situation in previous waves.

The Prime Minister said that “millions of adults are still not vaccinated” and he hopes that by delaying the lifting of all restrictions he can give the country’s vaccination program a chance to defeat the spread of the virus.

He said: “By Monday July 19 we aim to double the jab around two-thirds of …