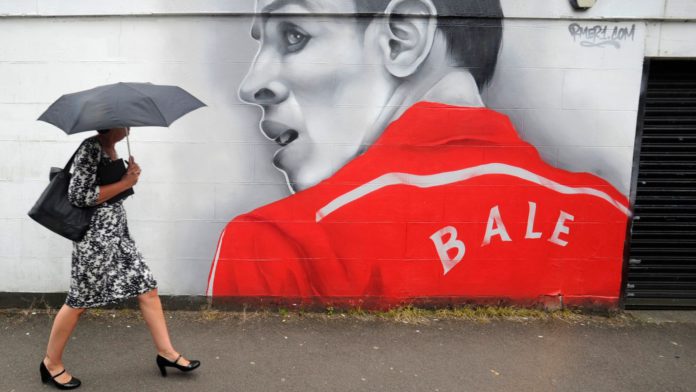 If there has ever been an example of pure football enthusiasm, it’s eight-year-old Joe Houlihan.

He spoke to me during Friday night training in a suburb of Cardiff.

Running away, he was literally shaking with excitement as he tried to find the words to express what he was feeling about Wales’ To come up shock with Denmark today.

“I’m a little nervous because I don’t know who will win!

Joe was one of around 30 children playing football in Whitchurch – where Wales team captain and Real Madrid star Gareth Bale grew up.

A hero in these areas, a mural of his face looks at shoppers on Church Road, and many children playing football wear shirts emblazoned with his name.

“I’m really excited. It will be a tough game but I think Wales could win it, pretty much.”

In the 2016 European tournament Wales reached the semi-finals after a 2-0 loss to Portugal.

He thinks the team has a good chance of going as far, if not more, than previous teams.