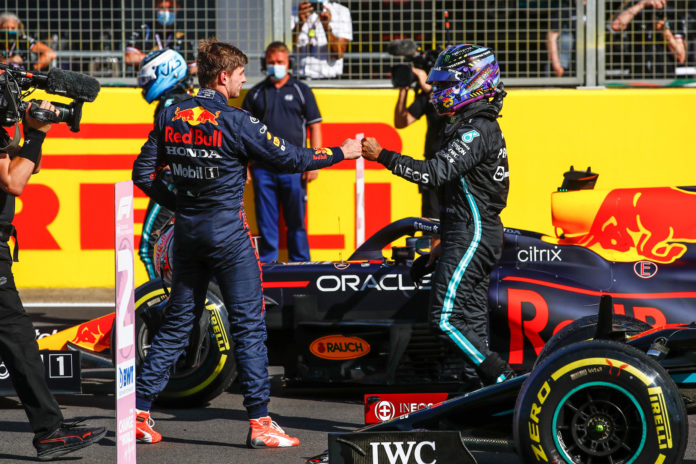 Call it what it is

A studious avoidance of the term ‘racing’ to describe the historic F1 Sprint turned comical on Saturday at Silverstone, as the marketing types bonded to avoid any potential dilution of Sunday’s main event.

Let’s be clear: As any racing fan knows, a sprint is a race against time one by one. It was a short race, nothing more, nothing less – and it certainly diluted what we usually call qualifying, which took place on this occasion on Friday night. Hamilton had been magnificent, but it didn’t count for nothing when Verstappen, um, sprinted to the front of the grid on Saturday.

Still, the extra run received a big boost from most and deserves to be experienced further. It was a disruptor, as expected: Alpine’s Fernando Alonso shot from 11th to 5th on his superb first lap, before Sergio Pérez threw his Red Bull at Chapel Curve, ruining his weekend.

Next time, why not add a few more flavors? My favorite idea is to ban radio communications between pilots and their teams. To borrow from Kimi Raïkkönen, leave them alone for 17 laps; they know what they are doing. Is not it ?

Also on Saturday afternoon at Silverstone, Alice Powell won her second W-Series race in 2021 (her third of four, if you count the last of 2019) to return to the lead in the women’s-only Formula 3 series. Defending champion Jamie Chadwick, winner of the second round in Austria, took the podium in third as five of the six British drivers finished in the top 10.

Earlier in the week, I met Chadwick at Williams, where she is a familiar face as the F1 team’s development driver. She’s also on the podium this year in the Extreme E electric off-road series, which is powered by a Williams Advanced Engineering battery – and it was heartwarming to hear her claim that running away from her comfort zone is beneficial. every time she comes back. to a Tatuus single-seater.