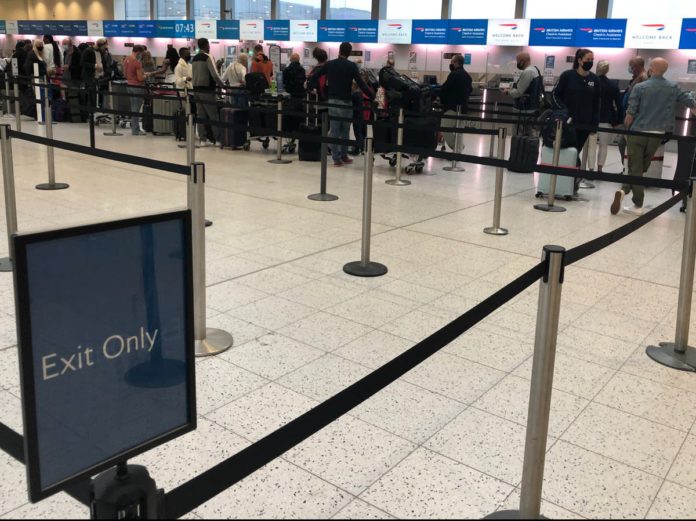 British Airways passengers traveling short distances from Gatwick should notice no difference when a new lower cost branch is up and running.

BA insists that travelers “will continue to enjoy the same level of comprehensive service that they currently receive”.

Since the start of the coronavirus pandemic, BA has grounded all domestic and European flights from Gatwick.

Last week, the airline confirmed it was in talks with the unions over an independent branch, which has led to speculation about the likely size and shape of the operation.

Michael O’Leary, managing director of Ryanair, called the plan “doomed to failure”. He said BA’s previous attempts with low-cost affiliates had failed and questioned why its sister airlines, Aer Lingus and Vueling, were not involved.

Now British Airways has issued a remarkably honest briefing – revealing that its short-haul operation from Gatwick has been unprofitable for the past decade, even at the height of flights in 2019.

The statement reads: “While many sectors have now returned to some form of normalcy, the pandemic continues to have a huge impact on aviation.

“The persistent travel restrictions mean that British Airways currently does not offer any short-haul flights from Gatwick and beyond, we know the competitive environment will be even more difficult than it was before the pandemic.

“While we want to restart short-haul flights from Gatwick, we will only do so if we have a competitive and sustainable operating cost base.”

It is understood that the British Airline Pilots’ Association (Balpa) is largely supportive and is consulting its members on the plan.

Initially, up to 17 Airbus A320s would be based at Gatwick, with plans to expand the fleet over the next three or four years.

In the summer of 2019, around 25 short-haul aircraft were deployed to the airport.

“At the same time, British Airways is carrying out a parallel process of evaluating alternatives for the London Gatwick slots.

“We believe that our independent subsidiary proposals will allow us both to maintain the British Airways customer experience and to be competitive in this environment.

Before the Covid crisis, BA was the second largest airline at Gatwick – but far behind easyJet, whose main base is at Sussex Airport.

British Airways currently shares the North Terminal with easyJet and all other airlines. The south terminal, where BA is normally based, is expected to remain closed until spring 2022 to save costs.