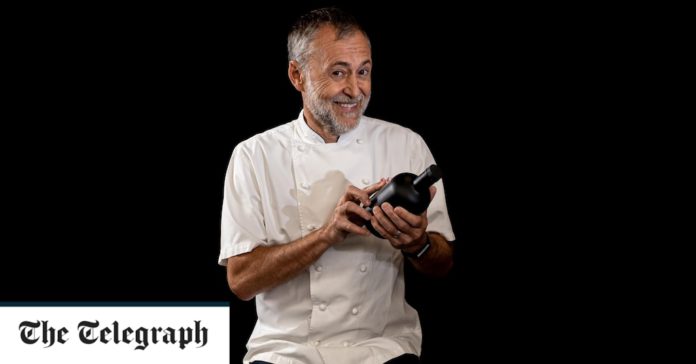 Chef Michel Roux Jr. reflected on the deaths of his father Albert and his uncle Michel. The couple founded a restaurant and dining empire in the late 1960s and early 1970s and changed the face of catering in the UK. Michel Roux Sr. died in March 2020 and his older brother Albert in January of this year.

Speaking on the Biting Talk podcast, Roux Jr. admits the couple are rarely far from their thoughts. “I always think about daddy and uncle a lot and there are times when I think I have to go see daddy and then I realize, no I can’t go see him, he’s gone.”

Roux Jr, who took over the reins of Gavroche in 1993 and launched a new gin named after the restaurant, adds that a large portrait of his father in the two-starred restaurant as well as numerous photographs of young Albert the chef s ‘ensures that’ we see it every day. I always think of dad when I create menus or do something important in a restaurant, and he is there to inspire me and guide me. I wonder what he would say, what is he thinking? “

Roux Jr. is also considering what advice his father, known to be a tough leader, would give him. “Over the years, I used to take it all in and digest it,” he says. “I would take some of it, [for] some, I would just hit the delete button immediately. “

He adds that although his cooking style has “a lighter touch”, the Gavroche menu will always retain dishes that reflect his father’s heritage. “There will always be something rich and forgiving; a lot of butter, a lot of cream – and really, really daddy. important that we always have these dishes. “

You can listen to the full interview with Michel Roux Jr. on the latest edition of Biting Talk with Two Chicks, hosted by Telegraph food critic William Sitwell, by clicking on the audio player above. Other guests include Heinin Zhang, co-founder of private chef venture YHangry, spirits entrepreneur Finnian Gill, co-creator of John Paul Jones rum, and Biting Talk mixologist Farhad Heydari of Heydari’s House presents his cocktail of the week.

Read more: Albert Roux’s legacy lives on in restaurants across the UK – everyone wanted a piece of his magic