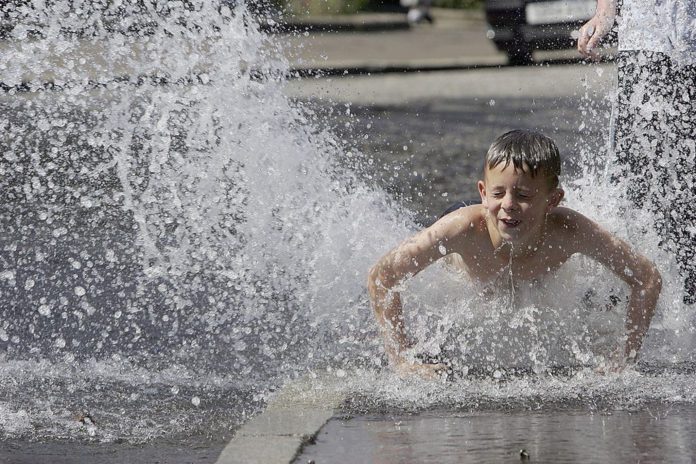 This summer may not have lived up to the usual standards of previous seasons – weather wise – but things are starting to improve this week according to the forecast.

Just like the kids went back to school. Typical.

Parts of the UK could experience an “official” heat wave in the coming days, with temperatures reaching nearly 30 ° C (86 ° F), forecasters said.

The Met Office said residents in some areas would bask in the sweltering heat and sunshine Monday through Wednesday.

What is an “official” heat wave?

A location reaches the heatwave threshold in the UK when it experiences a period of at least three consecutive days with daily maximum temperature levels varying across the country.

These include 25C (77F) for central England and Wales – where the threshold was predicted to be exceeded – and 28C (82.4F) for London and the South East.

What did the Met Office say?

“Sunday will be a cloudy and wetter day for much of Scotland and Northern Ireland, while those further south will see bright and sunny conditions with temperatures in the mid-twenties.

Despite a cloudy start through Monday, conditions will be clear and bright with warm temperatures for much of England and East Wales due to continental air coming in from the south.

That air will begin to flow through the country on Tuesday and Wednesday, bringing temperatures of up to 29 ° C (84.2 ° F) for parts of the southeast, while Scotland and Northern Ireland will also pass amid the twenties.

It will be very hot for the time of year and might even be quite uncomfortable for people trying to sleep at night, with temperatures staying around 18C (64.4F) during the evening.

What is the likelihood of an “official” heat wave?

Shuttleworth said this means a “decent chance” of an official heat wave for parts of central England and east Wales, where the required three-day temperature threshold is 25 ° C (77 ° F).

However, she warned of an area of ​​low pressure coming from the west on Wednesday afternoon, resulting in gray and wet conditions for much of the UK on Thursday.

Thunderstorms are also expected in the second part of the week to conclude the heat wave.

It comes as bookmaker Coral slashed odds on a record UK September from 2/1 to 4/5.

A spokesperson said: “Summer may not be over yet and with a mini heat wave on the way, the odds of this month ending in a record September have increased dramatically.”