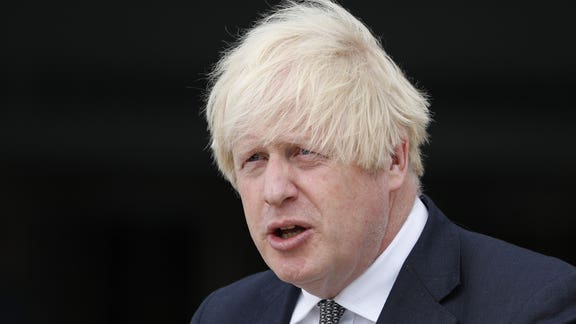 The UK could be set for a ‘firewall’ lockdown in October if hospitalizations for Covid continue to rise.

The government reportedly drew up plans for another lockdown in October after a senior government scientist revealed the UK was on the verge of entering “an extended peak”.

After speaking to SAGE, newspaper i reported that the October semester could be extended to two weeks rather than a week.

While a full lockdown is unlikely, it is reported that some travel restrictions may be reintroduced.

A full lockdown would be considered a last resort, but an extended school semester until early November could be used to stop hospital admissions.

Face coverings could also return as the government considers a return to social distancing and a limit to social gatherings.

Meanwhile, Boris Johnson has vowed his government “won’t shy away from tough decisions” to fix the failing welfare system as he prepares to unveil his long-awaited plan to MPs on Tuesday.

The Prime Minister will explain to the Commons how he intends to tackle the social services crisis amid a growing backlash by Tories against reported plans to increase national insurance to fund system changes in England – in violation of ‘a general electoral commitment.

In addition to outlining measures to support the NHS in its recovery from Covid, Mr Johnson is expected to tell MPs that the challenges facing the health services and the welfare system are intertwined.

Number 10 said a lack of integration between the two often results in people being ‘stuck in the wrong care setting and families worrying about covering the costs of care if they leave NHS provision’ .