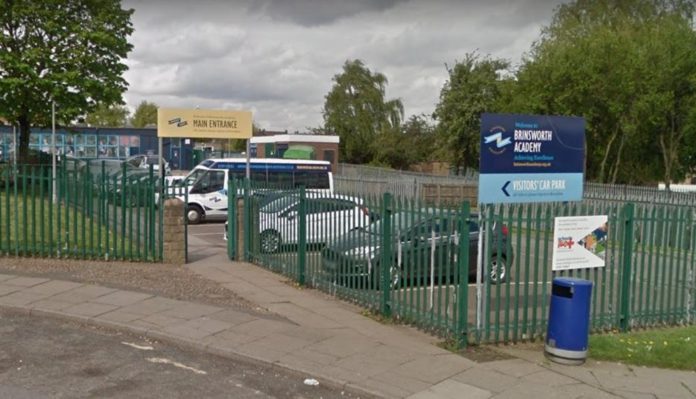 Police were called at 11 a.m. on Monday September 6 to report an assault at Brinsworth Academy, Brinsworth, Rotherham.

It is reported that the victim, a teenage boy, was attacked by two boys on the school grounds.

Two 16-year-old boys from Rotherham have been arrested on suspicion of assault causing actual bodily harm. They remain in custody this afternoon and an investigation into the incident is underway.

Video footage of the attack was shared widely on social media, with parents condemning the violence and calling on police to act.

The boys can be seen pushing the victim to the ground and punching and kicking him in the head before they are pushed back by an adult in sportswear.

The attack is clearly seen by many other students in the school.

“I know the incident was filmed and shared on social media. I urge members of the public not to share these images as they are incredibly distressing for the victim and her family and could interfere with future legal proceedings. “

Witnesses to the attack and a Sheffield city councilor claimed the attack was racially motivated, but police have not confirmed this.

Wayne Barsby, Managing Director of LEAP Academy Trust, which includes Brinsworth Academy, said: “Immediate and decisive action has been taken in response to an incident at the school yesterday.

“We have worked closely with South Yorkshire Police and Rotherham Council over the past 24 hours.

“We are currently working to support the victim and his family.

“We are addressing the incident with other students through assemblies, tutoring sessions and other materials.

“The Brinsworth Academy and LEAP Multi Academy Trust are committed to keeping our young people safe. The overwhelming majority of our student body demonstrates harmonious relationships on a daily basis.