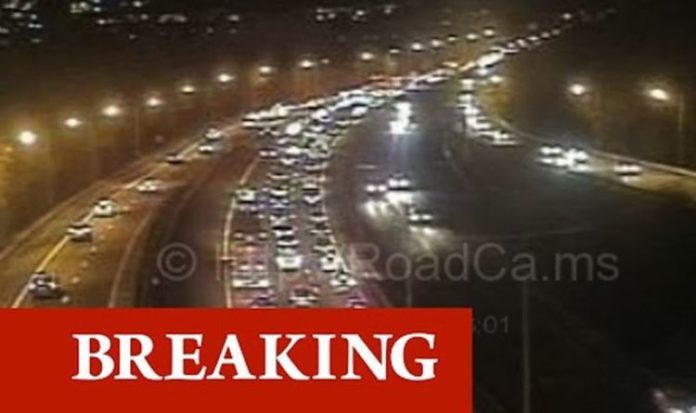 Police confirmed officers were at the scene to deal with three vehicles that crashed into the northbound carriageway. Vehicles are supposed to be on the emergency lane.

Officers were called to the scene shortly after 4 p.m. Tuesday afternoon.

It is believed the vehicles had already been removed from the main roadway when emergency services arrived.

They needed assistance to recover vehicles from the area.

Traffic appears to be moving very slowly as police clear the incident.

No serious injuries were reported.