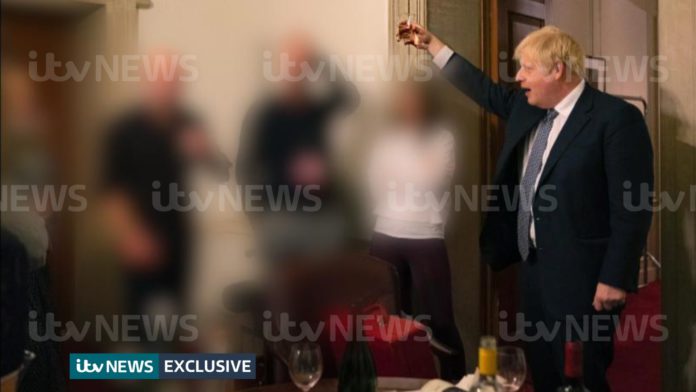 There is no ‘clear evidence’ that Boris Johnson has broken lockdown rules more than once, according to the Metropolitan Police.

The Met has come under increasing pressure to justify why the Prime Minister was not fined for attending a party during lockdown after footage emerged this week that showed him at a crowd-packed rally alcohol which was supposed to be a departure for Lee Caine’s aid.

Speaking on Thursday, Sir Stephen House declined to answer a question from Labour’s Unmesh Desai about whether the Prime Minister had indeed received a fixed penalty notice for attending the rally in November 2020, although the Met has already confirmed that it did not.

Operation Hillman – the Met’s official investigation into Partygate – resulted in just one fixed penalty notice for Boris Johnson for a party he attended in the Cabinet Room in Downing Street in June 2020.

Last week Scotland Yard confirmed that the Prime Minister would not face any further fines after his investigation was concluded, just days before the new footage was published.

Speaking at City Hall, Sir Stephen House said: “I don’t believe there is any clear evidence that the Prime Minister has breached [regulations] many other times.

Sir Stephen, who is acting as Met Commissioner until a permanent replacement for Cressida Dick is appointed, said he accepted that “many photographs [of Downing Street parties] look bad”, but added “we deal with the law, not what looks bad”.

He said: “Just because there is alcohol, can I just remind people that [the investigation] it’s about breaking covid regulations, it’s not about whether there was drinking there or not. We need to put fixed penalty notices on people who we think will win in court.

The Acting Commissioner went on to say that work-related events were a reasonable justification for groups of more than two people to gather during lockdown, and that “a photograph can be somewhat misleading”.

London Mayor Sadiq Khan was one of several politicians who asked the Met to explain its decision not to fine the Prime Minister after the new photographs were published.

In a letter published on Thursday afternoon in response to questions from Mr Khan, Sir Stephen House said: “I understand that the public has many questions and I have tried to explain as clearly and openly as possible the factors which led to the decisions we made. I can assure you and the public that the small but capable team charged with investigating acted diligently, proportionately, carefully and impartially.