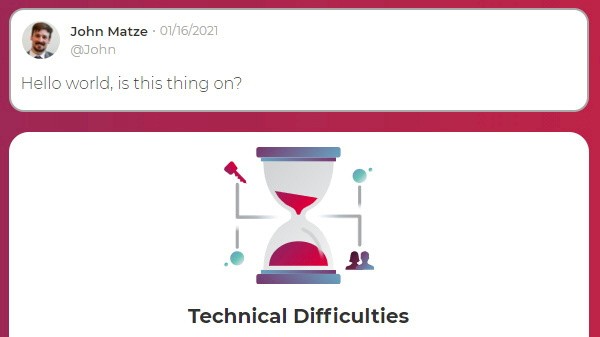 The network is largely offline after the US Capitol storm. Now the boss of the controversial company, John Matze, has to take his hat off.

The boss of the controversial social media company Parler, John Matze, must take off his hat. “On January 29, 2021, the board decided to end my position as CEO of Parler with immediate effect. I was not involved in this decision,” said Matze in a memo to the company’s employees.

In the memo, Matze writes, according to US media, that he had “encountered constant opposition to my product vision, my strong belief in free speech and my view of the moderation of the Parler site in the past few months.” He does not therefore deal with the decline of the network under his leadership.

The Twitter alternative, popular with supporters of ex-President Donald Trump, is currently largely offline, due to Parler’s lack of protection from dangerous content in connection with the siege of the US Capitol on January 6 from the app stores of Apple and Alphabet, as well Has been banned from Amazon’s cloud hosting service.