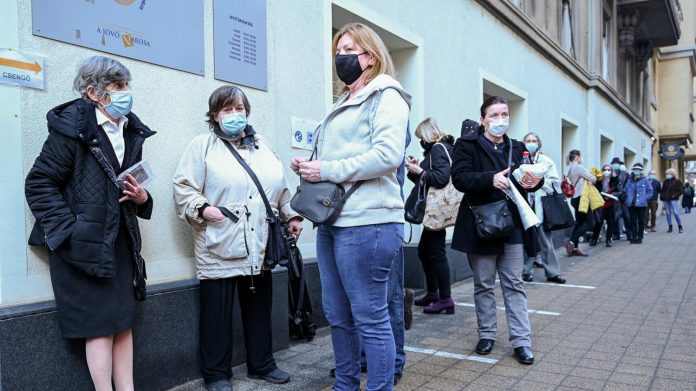 Hungary is one of the countries in the European Union where people are vaccinated the most: 16% of the population has already received a first dose. This is twice as much as in France or Germany, where the rate is 8%. This is primarily because the majority of Hungarians are pro-vaccine. And then because Hungary has a double strategy. Like all member states of the European Union, it sourced from Pfizer-BioNTech or Moderna – it notably ordered ten million doses from Pfizer – but it also shopped in the east and bought the Russian Sputnik V and two Chinese vaccines.

And Prime Minister Viktor Orban welcomes this: “The vaccines ordered by the European Union are not arriving. There are delays. If we did not have Russian and Chinese vaccines, we would be in big trouble! The only way to save lives is the vaccination.” Also, Hungary is vaccinating with a vengeance: Pfizer is intended for caregivers, the very old, the sick … and Olympic champions. And for Mr. Everyone, there are Russian and Chinese light bulbs.

At first, Hungarians were suspicious of vaccines from the east. Last November, they were only 7% who wanted to be vaccinated with Sputnik V. Today they are 50%. The government’s huge media campaign for vaccines in the East has had a strong impact and, according to the UK science press, Sputnik is over 90% effective. But if the Hungarians are ready to accept any vaccine, it is above all because they are afraid of falling ill: at the moment, there are 200 deaths a day, which is a lot for a country as large as the Belgium. Compared to the population, this is the highest death rate in Europe. The British variant of Covid-19 does not alone explain this high mortality.

Schools remained open much of the winter, without strict health protocols, which certainly contributed to the contamination. And then the government organized vaccination in neighborhood clinics and hospitals. This increases the risk of contagion, according to some general practitioners, such as Dr Csaba Kiss. He flatly refuses to vaccinate in his dispensary, because space is too small.

We cannot enforce the distance between people. And among my patients, there may be some who are positive without knowing it. With this system, we are not protecting people, we are spreading the epidemic.

According to Dr Kiss, it would be better to vaccinate in gyms, as most countries do. On the one hand, the number of infected people is skyrocketing, and on the other, there is a lot of vaccination. It’s a race against time, to beat the speed bug.

Five people arrested after being stabbed in High Road in Whetstone ...