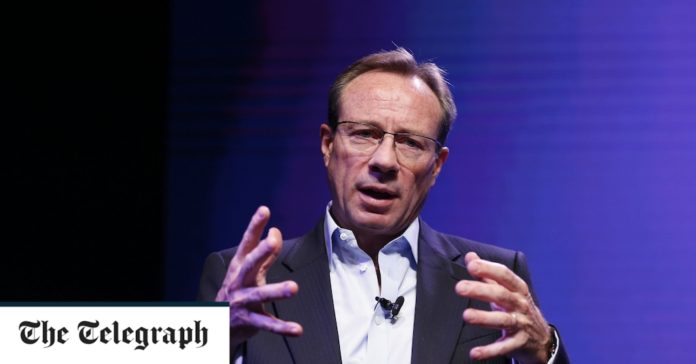 The union row will add to the problems facing Mr Jansen, who runs the company at a time when its top executives remain divided over strategy.

Earlier this month, Mr Jansen reportedly issued an ultimatum on the leadership of BT which caused Jan du Plessis to step down as chairman.

He announced his resignation last week after failing to bridge the gap between two camps that disagree on the pace of change BT needs.

A group of directors, including Mr Jansen, want BT to speed up decisions on its national broadband network Openreach, as well as restructuring.

However, other board members want more certainty on external issues such as regulation, according to insiders.

Mr Jansen threatened to resign if the board did not find a chairman who would speed up the change, after clashing with Mr du Plessis on issues such as the potential sale of Openreach, Sky News reported.

Mr. du Plessis would have believed it was too early to bring an outside shareholder into the ownership structure of Openreach, BT’s most valuable asset. But Mr Jansen believed it could increase BT’s share price and help fund the nation’s broadband upgrade.

BT did not deny that Mr Jansen made such a threat, but a spokesperson said: “There has been no misalignment between the board and senior management on the strategy of the business.”

Mr Jansen is also awaiting a decision from Ofcom that will lay the groundwork for a new regime for fiber networks in the UK.

Ofcom is expected to introduce price controls on fiber broadband until 2031, which will give certainty to BT’s plans to invest heavily in its own gigabit broadband network.