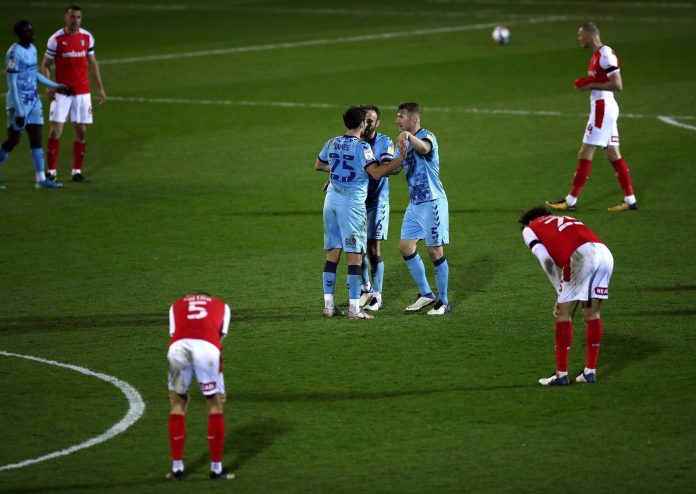 On a night in which the hosts could have swapped positions with the Sky Blues and emerged from the last three of the championship, it was the visitors who achieved a huge psychological victory in the context of their season thanks to a goal with 20 minutes remaining. it’s from the season. defender Leo Ostigard.

Playing their second game in 48 hours after Tuesday’s 3-1 victory over QPR, the Millers produced a jaded performance in their third game in six days.

Warne admitted that Coventry, frustrated by Viktor Johansson’s heroics in the first half, were worthy winners on a night when the hosts created little.

A grueling schedule of four games in nine days, in a spell Warne has labeled ‘Death Week’, ends when the Millers welcome another team in relegation picture to Birmingham City on Sunday.

Warne said: “I think we got what we deserved. Coventry was significantly better than us in the evening.

“They started the game on the front foot and beat us, which I don’t like to say. Viktor kept us in the game.

“We seemed a bit jaded. Can’t have complaints about the scoreboard. We will try to pick them up and come back on Sunday, but it was a hit.

“We have to play these games. It’s a shame for us the order they come in. I would have loved to have played this game with more rest.

“We didn’t have much of a threat. Collectively, we just weren’t great. We don’t believe anything and that’s disappointing.

“The guys still know they are in a real mess and hopefully their character will shine through.”

Rotherham is four points behind fourth in last Derby County, with two games in hand.