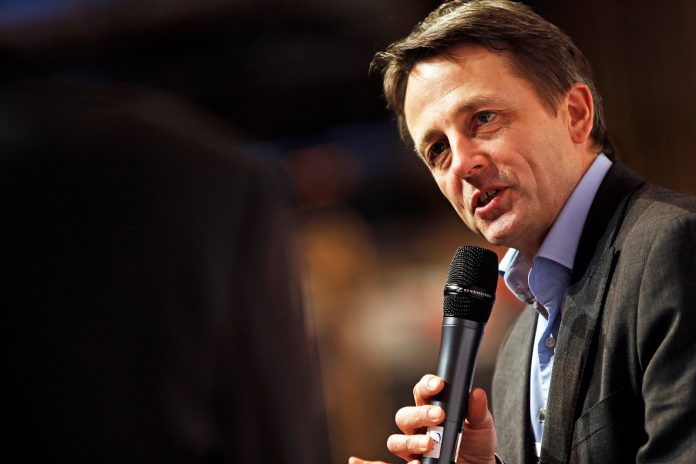 Have you ever listened to an F1 commentator and thought you could do better? Well, it’s not as easy as it sounds.

Until he stepped down late last year, Ben Edwards had been the voice of F1 on British terrestrial television since 2012, first for the BBC and since 2016 for Channel 4.

It was actually Edwards’ third stint to comment on F1: he voiced coverage for Eurosport in 1995 and 96, and later for Sky’s short-lived F1 Digital + service in 2002. He also put on his cover. voice in a host of other motorsport categories: he commented internationally for the US-based Champ Car series in the late 1990s and was the longtime commentator of the British Touring Car Championship. He also commented on the A1 Grand Prix, British F3s and GTs, rallying and even motorboat races.

Here’s Ben’s take on the comments and his tips for getting it right:

Commenting on motorsport has been my passion for 30 years and even though I have strayed from Channel 4’s F1 coverage, the microphone is still a part of me. This moment of going “live” on the air and communicating with the viewer never fails to increase adrenaline levels and sharpen my mind.

The accumulation of races is intense; I avoid drinking too much coffee because my heart rate is already increasing and I steer away from a heavy lunch because I don’t want to be heard burping on the training lap. Walking into the paddock as race time approaches helps me capture the mood of the event as the drivers get dressed and walk towards their cars.

Over the years, I have had several jet lag-induced dreams of being caught in a crowd and not reaching the comment box before the grid takes off; I make sure to be installed in my booth at least 20 minutes before “Lights Out”. My environment is normally a small rectangular room mounted high up in a grandstand with TV screens and timing monitors blocking much of the view out the window, but I learned many years ago to just focus on screens, because that’s what the audience is watching.

I spread out a few sheets of paper on the desk; a map of the circuit, the formation of the grid and a handwritten A4 document that I created the day before, summarizing the key facts relating to this race. At the same time, my plastic sleeve file contains a lot of research; I spend a few days a week updating and refining the information, some of which comes from dedicated statistical experts in the world of F1.

Before putting on the headphones, I’ll do some warm-up and vocal preparation exercises. I remember seeing Murray Walker doing the same in 1995 when we were both commenting on F1 in separate but transparent pits. Murray was a real inspiration to me and his recent loss was a very sad moment. I copy his technique from the standing position during the comments to bring the necessary breath and energy at key moments.

Like him, I prefer to use a hand-held lip microphone. Fortunately, I never had to share the specific article like Murray did with James Hunt, although a technical issue in Brazil a year ago caused John Watson and I to struggle over an old-fashioned hard-wired phone. while we express the action.