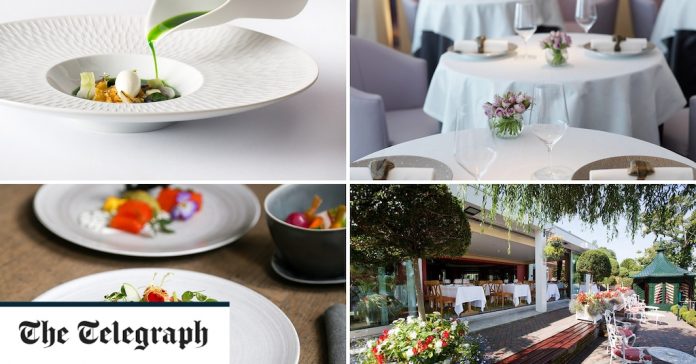 One newcomer received three stars: The Araki, a £ 300 per person sushi restaurant in London with just nine seats.

A total of twenty restaurants now have two stars, including a notable new entry in the category from Claude Bosi to Bibendum, also in Chelsea.

Seventeen restaurants were awarded a star, bringing the total number of stars to 150.

They include celebrity chef Tom Kerridge’s pub, The Coach, in Marlow, Aquavit in London and Michael Caines’ Lympstone Manor in Devon.

There are also stars for the Wild Honey Inn, a pub in Lisdoonvarna in County Clare on the west coast of Ireland.

Michael Smith also won a star for Loch Bay, his restaurant in a converted crofter’s house on the Isle of Skye in Scotland.