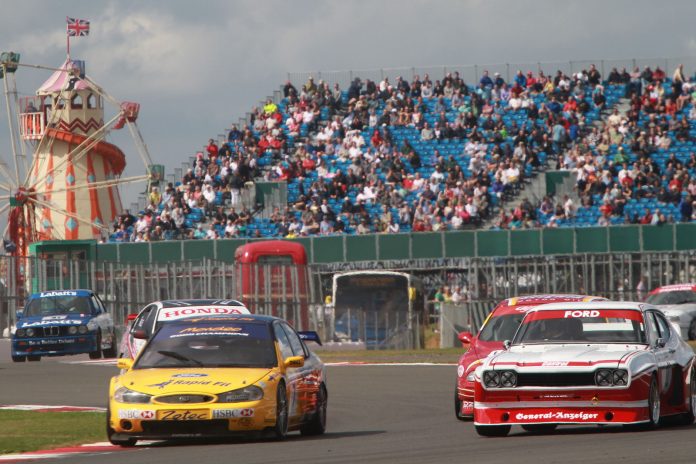 The rivalries were legendary, with the 1992 Needle match between Cleland and Soper proving particularly crowd-pleasing (the Silverstone final, with its onboard footage of Cleland’s one-finger salute to rival BMW, brilliantly covered by Murray Walker ‘I go for comment number one, sums it up best), although the reality was quite different. “I knew Steve before the BTCC, I even shared a car with him, and I always had a lot of admiration and respect for what he accomplished.

After running and winning against them all, Cleland is in a unique position to judge. “There were a few I wouldn’t trust to drive me to the pub,” he chuckles. “Rickard Rydell, however, was very quick and Will Hoy was quick, talented and a true gentleman. And even though I didn’t get along with him at the time, I really noticed Alain Menu.

But perhaps the driver he loved beating the most was former F1 and Indycar champion Nigel Mansell, who made a number of guest appearances in Ford Mondeos in the late 1990s. it’s the treacherously wet 1998 Donington race that Cleland remembers best, a meeting that is ranked by many as one of the best competitions of all time.

“Ford was paying him mega dollars to be there, but as far as I’m concerned, as long as my ass was pointing south, I wasn’t going to let him fight me,” Cleland says. “This race had it all – the drama, the lot. He had a good lead, but I was pushing him around. Will Hoy, Tim Harvey, and Anthony Reid had all left in one place and I could see them watch them unfold and, I swear, they made me horny. Drying off, I kept pushing the brake scale forward, a touring car thing I knew Mansell wouldn’t know, and finally I got it!