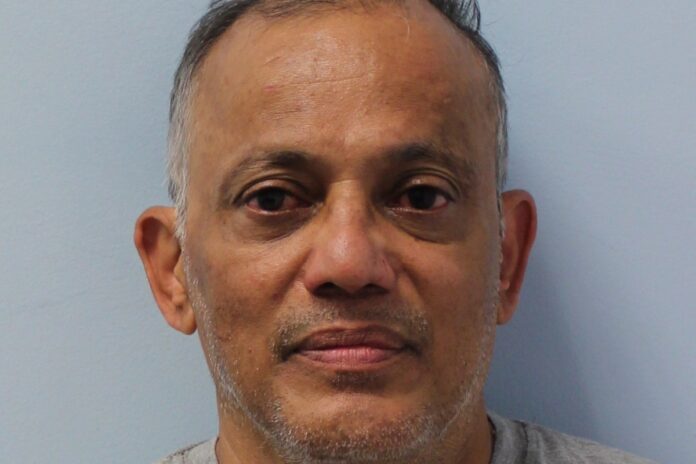 A man was jailed after spitting and hitting two police officers while he was drunk.

Theiventhiram Balakumar, 58, with no fixed address, was convicted of two counts of assaulting an emergency worker following a hearing at Willesden Magistrates’ Court on May 6.

Balakumar became abusive after police were called to report his collapse in the back of a Princes Avenue property near Kingsbury on September 9 last year.

Metropolitan Police said officers came and found Balakumar lying on the ground, apparently drunk. The officers told him he had to stand up, but the police said he turned violent and kicked one of them in the leg.

The Met said a second officer approached Balakumar with a view to detaining him for the assault, but Balakumar spat in the officer’s face.

He was arrested and taken into custody but denied the offenses. However, he was subsequently charged and convicted of both assaults.

In court on Thursday, he was jailed for six months.

Inspector Sammi Elfituri, from the North West Base Command Unit, said: “Police officers never know what they will face when they witness an incident. In this case, Balakumar, who by his own admission had been drinking, attacked the police.

“The fact that he spat in the face of one of the officers is odious; this officer had to go to the hospital and faced an agonizing wait to find out if they had been infected as a result of the assault.

“Fortunately, they had not, but that in no way diminishes Balakumar’s disgusting behavior. He has been legitimately held to account for his actions.”