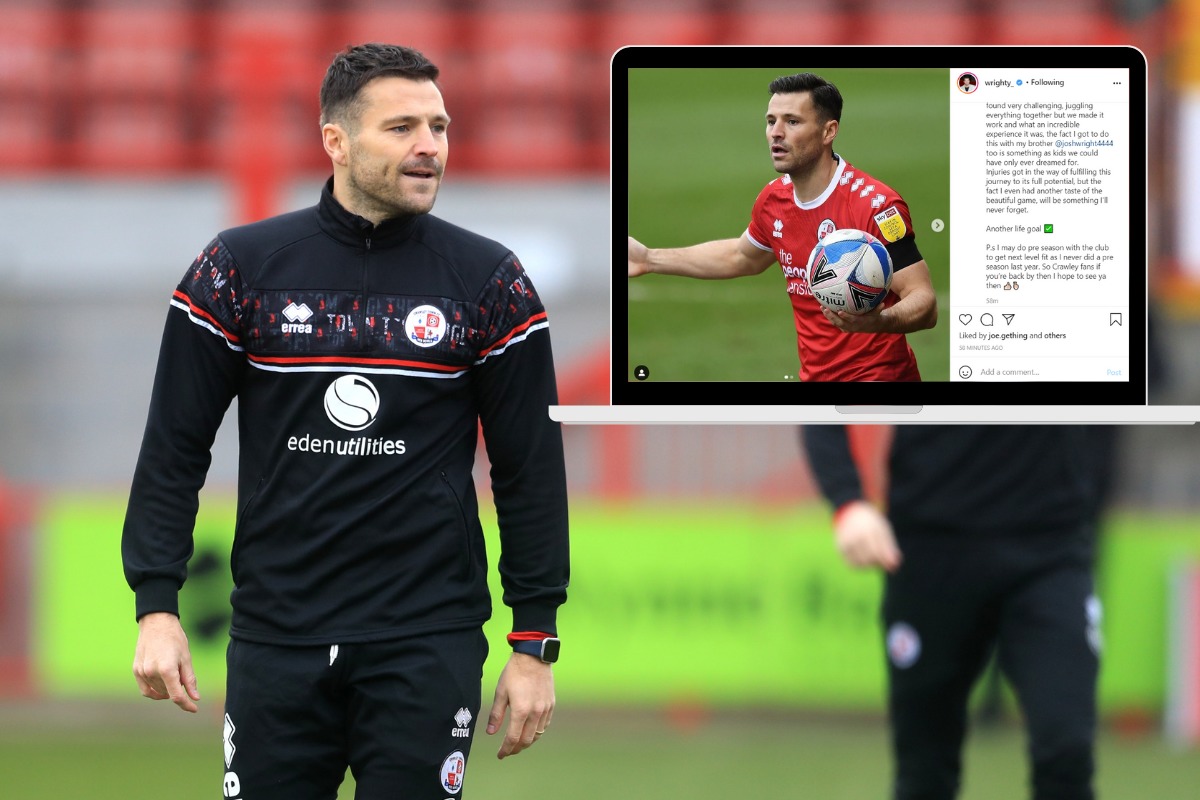 EX-TOWIE star Mark Wright has posted a heartfelt message on social media after Crawley Town Football Club announced he would be leaving the club.

The announcement came as the Red Devils published the club’s retained list. Mark Wright was listed as one of the six players that would be leaving the club.

The 34-year-old only made two appearances during his eight months at The People’s Pension Stadium, although he did make his debut in a famous 3-0 win over Premier League side Leeds United in the FA Cup.

Wright took to Instagram to thank the club for giving him the chance to fulfil a lifetime goal, even though injuries hampered his time at the club.

📰 Crawley Town can confirm the club’s retained list following the conclusion of the 2020/21 season. #TownTeamTogether🔴

He said: “After eight months of an incredible time and memories I won’t forget, I want to thank everyone at @officialcrawleytownfc for giving me the amazing opportunity to do what I love one last time. Thanks to everyone for your support on this journey and for those that watched the documentary on the BBC.

“It was only ever going to be a short run due to my other work commitments, which I must admit I found very challenging, juggling everything together but we made it work and what an incredible experience it was, the fact I got to do this with my brother @joshwright4444 too is something as kids we could have only ever dreamed of.

“Injuries got in the way of fulfilling this journey to its full potential, but the fact I even had another taste of the beautiful game, will be something I’ll never forget.”

Wright, who played as a defender, finished off the post giving fans hope that they could still be able to catch him in person as he plans to spend pre-season with Crawley Town to build up his fitness.

“PS I may do pre-season with the club to get next-level fit as I never did a pre-season last year. So, Crawley fans if you’re back by then I hope to see ya then.”