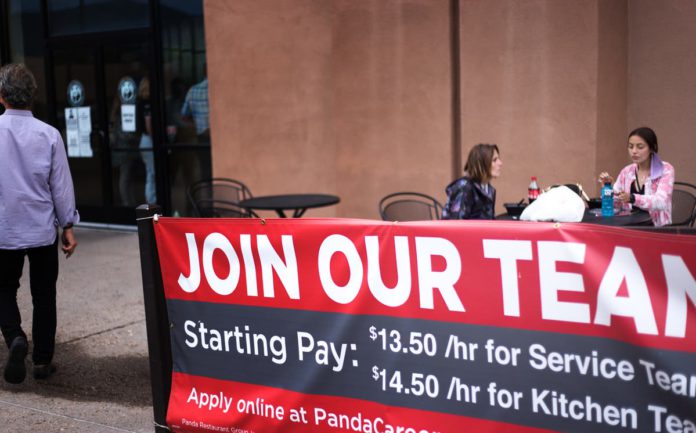 A sharp slowdown in hiring shows that the Delta variant of Covid-19 is having a significant impact on the U.S. economy in addition to its impact on the health of the nation.

According to the Bureau of Labor Statistics, only 235,000 jobs were created in August, coinciding with the surprising increase in coronavirus cases and deaths in much of the South and Mid West.

Economists were hoping for an increase of three times that number, with 725,000 new hires expected.

The unemployment rate nonetheless fell from 5.4 percent in July to 5.2 percent.

Since April 2020, when unemployment peaked during the initial economic shutdown triggered by the pandemic’s arrival on U.S. shores the previous month, 17 million jobs have been clawed back.

To reach the number of jobs before the pandemic, it would take 5.3 million additional new hires to reach the 152.5 million jobs recorded in February 2020.

It looked like a short-term possibility, with 962,000 jobs created in June and 1.05 million more in July, hence the disappointing figures for August, even as the figures for July were revised upwards. .

Average monthly employment gains this year of 586,000 jobs show how much that has been missed, with retail employment declining in the month.