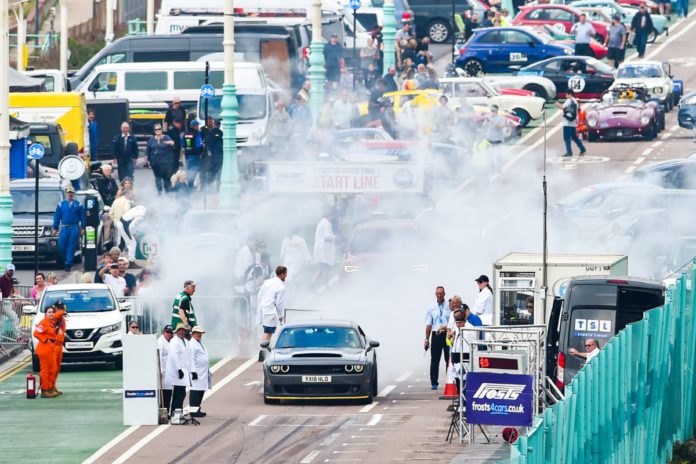 THE Speed ​​Trials is a highly anticipated event by spectators and participants.

The Brighton Speed ​​Trials event is in full swing on Madeira Drive with the first timed races starting at 11am.

Madeira Drive has hosted the event since 1905 after resident Sir Harry Preston convinced City Council to tarmac the road for automotive events. It was one of the first uses of tarmac in the world.

Nick Allen, 63, from Gloucester, attends the event for the first time behind the wheel of his homemade vintage vehicle, made up of various car parts from the 1920s.

He said: “I had wanted to do this for a while and saw that they were looking for entrees so I thought why not.

“It’s a great day so far. I have done my training run and my first timed race so far – I’m looking forward to doing my second timed race any minute.”

Nick said he’s been leading his class so far, but is closely followed by a tenth-of-a-second Bentley.

“There are a lot of people here, definitely a few hundred, it’s so nice to see,” he said.

The second timed races should take place shortly after a lunch break.

Normally motorcycles would also be included in the event, but this year, for the first time, the Auto-Cycle Union said it was not safe for them.

Organizers reported that the ACU inspector said the right-of-way of the new green cycle track at Madeira Drive meant the track was no longer safe for motorcycles that could participate in the event. 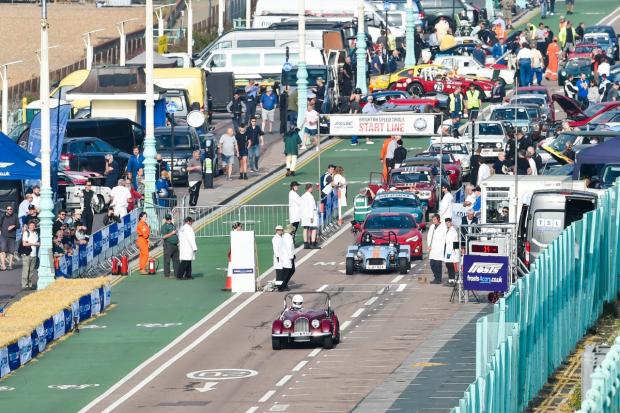 Last month ACU’s Gary Thompson said: “While we appreciate the history of the Brighton Speed ​​Trial event, there have been some significant changes to Madeira Drive for which no consultation has taken place. with the ACU responsible for inspecting the quarter mile used for the Sprint and were only recently informed of these changes.

“After visiting Madeira Drive, a full report was compiled which found Madeira Drive unsuitable for a high speed Sprint event to be held this year.

“However, the ACU is willing to engage with the Brighton and Hove Council and the race organizer to discuss the control measures to be put in place to mitigate the risk and hopefully enable the event next year to take place. ”

Responding on behalf of the board, Green Councilor Amy Heley said she was working with organizers to ensure the event could go ahead and that a preliminary Motorsport Association inspection had taken place.