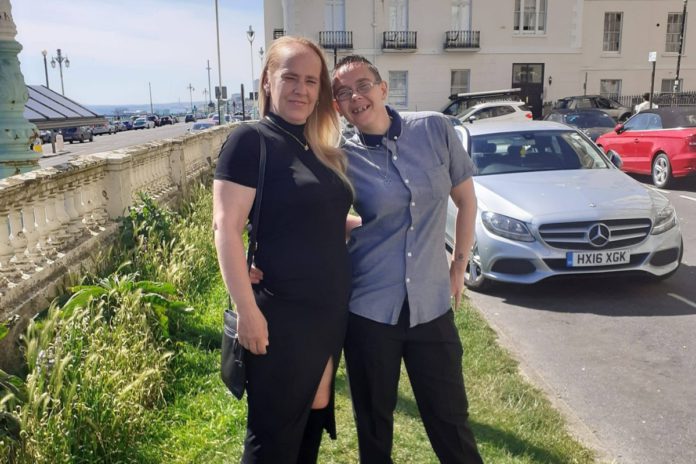 The homeless lovebirds claim they are allowed to sleep on the beach because the council will not house them together.

They say they have been together for over a year.

However, after being “evicted” from the accommodation, they were not given a place to live together again.

Because of this, they have been sleeping rough on Brighton beach – apparently for three weeks.

Nicola said: “We are inseparable, this is my first lesbian relationship and my boys said” I haven’t seen you smile like that in a long time “.

“We have the choice between living on the streets or living apart.”

Nicola and Aimee both received accommodations to stay on their own.

The council said the couple initially approached them as individuals and therefore offered them separate accommodation on that basis.

But the couple, who left Percival Terrace at different times, said they asked the council to pair up.

“We want to go there as a couple,” said Nicola.

“We have a lovely daughter who comes to see us on the beach and she says she can’t understand why we can’t be together.”

A spokesperson for Brighton and Hove City Council said: “When couples apply to be hosted together and we have a legal obligation to host them, we host them as couples.

“However, we cannot force people to stay in the accommodations we offer them.

“We are now aware of their wish to be accommodated as a couple. But so far, they haven’t officially requested this.

“We are currently working with them to try to get things done.

“Until we have made a formal reassessment of their situation and needs, we cannot say more.”

Last week, The Argus reported a woman living in a tent at Old Steine ​​who claimed she was fleeing municipal accommodation in Eastbourne.

In response, the board said it supports a lot of people, so it can sometimes “take a while” to put people in touch with the right support services.

The woman has since been granted new accommodation.