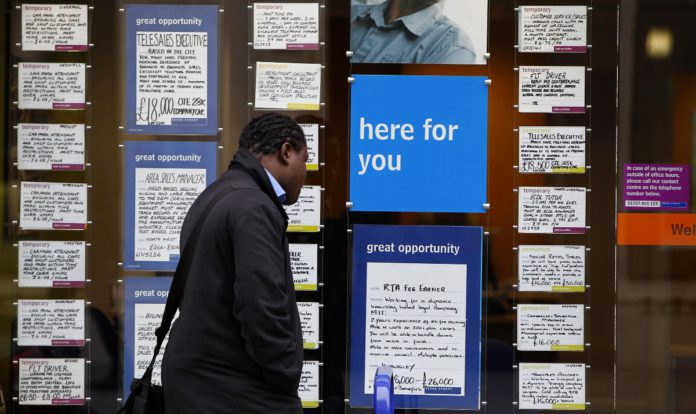 The government is being urged by a group of leading companies to take urgent action to address the labor shortage, warning that labor supply problems could last up to two years.

According to the CBI, there is growing evidence of staff shortages that continue to disrupt businesses in their struggle to recover from the impact of the pandemic.

Managing Director Tony Danker said the challenge goes beyond the shortage of truck drivers, which has recently affected the supply of supermarkets, pubs and other businesses.

He called on ministers to match skills policies with the most vacant positions, further relax the apprenticeship tax and use their “immigration levers” to ease short-term pressures.

The CBI has said that standing firm and waiting for shortages to resolve is not the way to run an economy.

Mr Danker said labor shortages were rampant throughout the economy, adding: ‘While the CBI and other economists still forecast that growth will return to pre-pandemic levels later this year. , the end of holidays is not the panacea that some people think can magically fill labor shortages.

“These shortages are already affecting business operations and will have a negative impact on the UK’s economic recovery.

“Other European countries are also experiencing staff shortages as their economies rebound.

‘In the UK, many foreign workers left during the pandemic, affecting sectors such as hospitality, logistics and food processing, and new immigration rules make it more difficult to replace those who have left. .

‘The government’s ambition for the UK economy to become more skilled and productive is right, but to imply that it can be achieved overnight is simply wrong, and a refusal to deploy temporary and targeted interventions to enable economic recovery is doomed to failure.

“CBI has heard from companies actively reducing capacity because they cannot meet demand, such as hoteliers limiting the number of rooms that can be booked because they do not have enough housekeeping staff and cannot bleach the laundry.

“In the meantime, some restaurateurs have had to choose between lunch and dinner service to make the most of the summer.

“It’s also visible to consumers when lead times for purchases like kitchens or furniture double.

“Employers are supporting existing government programs to get people back to work, and companies are already spending significant amounts of money on training, but it takes time to produce results, and some members suggest it could take two years rather than a few months. so that labor shortages are resolved. be completely eliminated.

GMB General Secretary Gary Smith said: “We are paying the price for years of cost cutting and austerity on wages and working conditions for workers.

“Instead of alleviating the labor market crisis, a disruption in service risks stifling a recovery before it even begins.

“The lessons of the past decade must be learned – you cannot get out of a crisis.

“It’s time to end Britain’s race to the bottom on wages and conditions.”

A government spokesperson said: “We are closely monitoring the labor supply and working with industry leaders to understand how we can best alleviate particular pinch points. Similar challenges are faced by other countries around the world.

“We want employers to invest in the UK domestic workforce for the long term instead of relying on foreign labor. Our Jobs Plan is helping people across the country retrain, learn new skills and get back to work.

“The government is encouraging all sectors to make employment more attractive to UK domestic workers by providing them with training, career options, pay increases and investments.